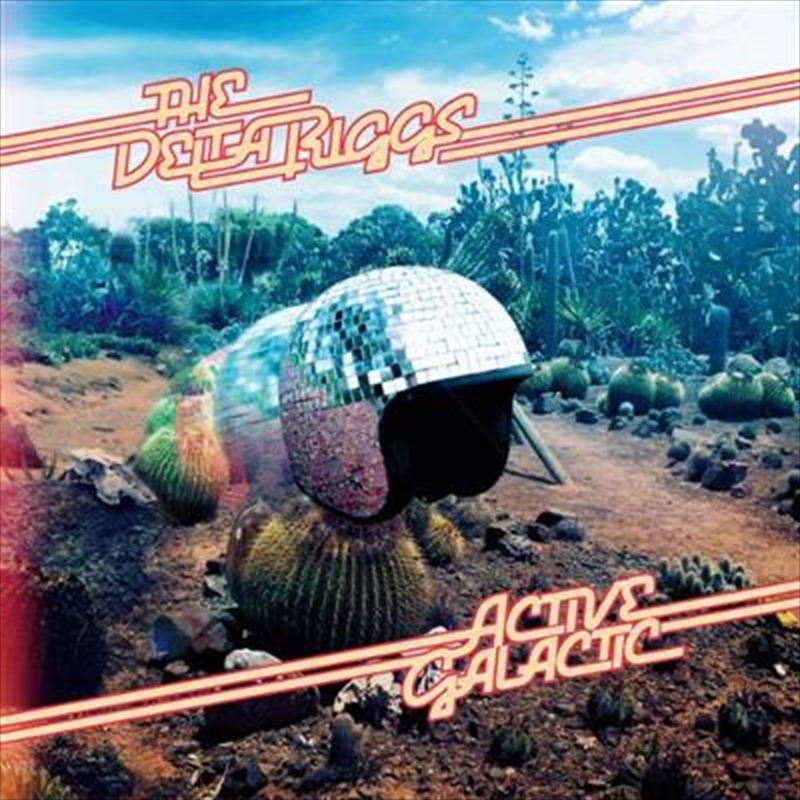 Shipping - See delivery options.
Postcode:
Quantity:
SEE MORE IN:
2 for $40 Music
With the sound of an airborne Elliott Hammond, girl's hips moving, guitars chiming, moogs mooging, saxes gronking, Monte Monte'ing and kick drums kicking asses, The Delta Riggs have returned from outer space with a brand new album 'Active Galactic!' If the clash played studio 54 in NYC in 1979. If N*E*R*D covered the Stones 'Some Girls' album from front to back. It's desert disco, it's tough disco, it's the Rock in the Roll, it's the Mothership descending, it's The Delta Riggs 2016!

Never Seen This Before

Slingin On A Saturday Night

Baddest Motherfucker In The Beehive

Stay While You Run Away

Take You For A Ride

Waiting For The Rain

Losing All Our Love