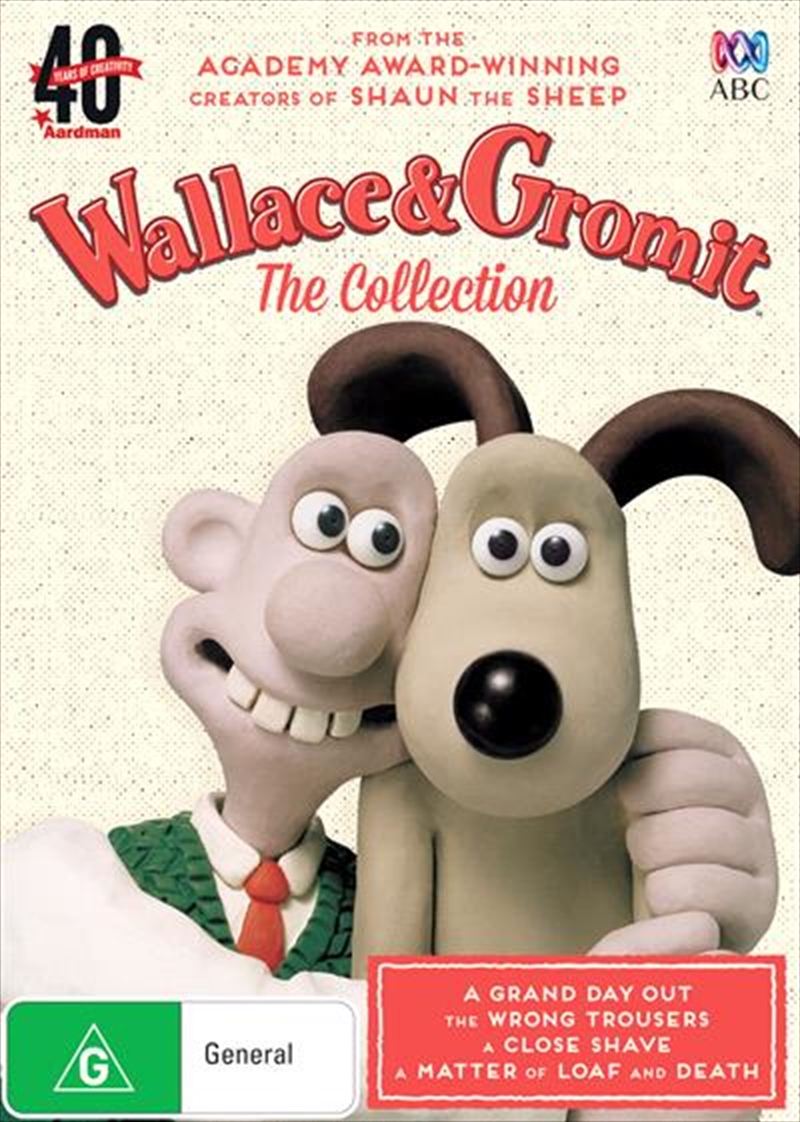 Nick Park's beloved creations - cheese-loving Wallace and his clever, world-weary pooch Gromit - get into zany hijinks involving the moon, a criminal penguin, and a robotic, sheep-pilfering bulldog. The Oscar-winning claymated pair has four adventures in this compilation: A Grand Day Out - Wallace likes a nice bit of cheese with his crackers, so when this eccentric inventor finds his fridge empty and the local cornershop shut for the Bank Holiday, he is forced to look further afield for his cheddar. His faithful dog Gromit is used to his master's flights of fancy but this time his ears prick up with excitement because our two plasticine heroes are about to blast off in their home-made rocket on the ultimate day trip - Wallace and Gromit are off to the moon. The Wrong Trousers - This time it's action and laughter all the way as our plasticine stars are plunged into a hilarious tale of skullduggery involving an extraordinary pair of automated trousers and a villainous penguin. Posing as an innocent lodger, the friendish fish-easter sets about recruiting mild mannered Wallace as an unwitting accomplice to his dastardly plot - a diamond heist with a technically advanced, trouser-inspired difference. It is left to the faithful Gromit to turn detective and save the day as malice and mayhem culminate in a breathless train-top chase - around the sitting room!