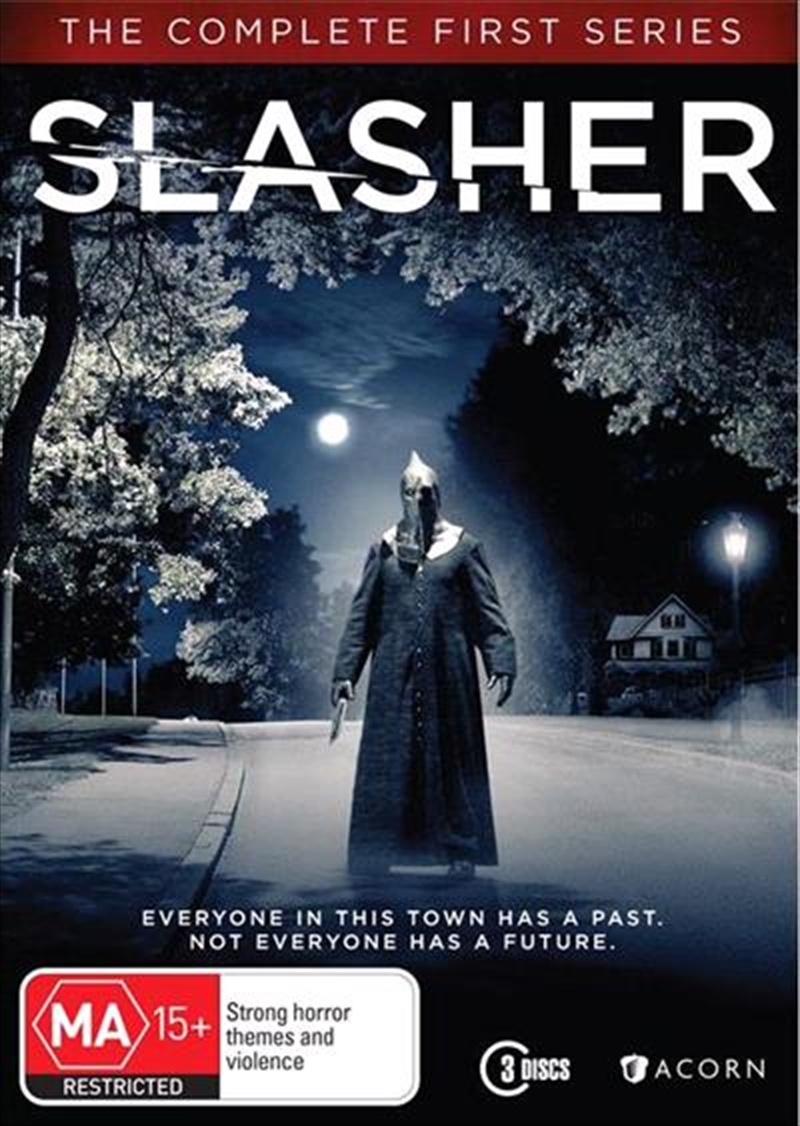 Shipping - See delivery options.
Postcode:
Quantity:
SEE MORE IN:
2 for $20 Movies & More
Everyone in this town has a past. Not everyone has a future.

Slasher tells the gripping story of a young woman who finds herself the centrepiece in a series of horrifying copycat murders based on the grisly killings of her parents.Born amid a great tragedy, Sarah Bennett (Katie McGrath Jurassic World, Dracula, Merlin) has spent many years feeling cast adrift. But when she returns to Waterbury, her place of birth, she is determined to turn her life around. She has her husband, Dylan (Brandon Jay McLaren Graceland, The Killing), a man who loves her more than anyone ever has, and is focused on her art, having opened a gallery in her old hometown. Moving into the house where her parents were murdered may seem odd, but its free, thereby giving this young couple the financial stability to pursue their dreams. She may be at the scene of the crime, but Sarah is starting over.Its not long before history starts to repeat itself, though, plunging Sarah into the midst of a new, even bloodier, murder mystery. A killer is hunting down and murdering the people in Sarahs life, one by one. Sarah has a choice to make: either be consumed by it or overcome it. As the killings escalate and Sarah scratches the surface of this small town, long-buried secrets and old grudges are revealed, with everyone around her becoming either a suspect or a victim. When she then uncovers some soul-shattering revelations about her own life, which may prove far more dangerous than any serial killer, Sarah will find herself fighting for her own survival.