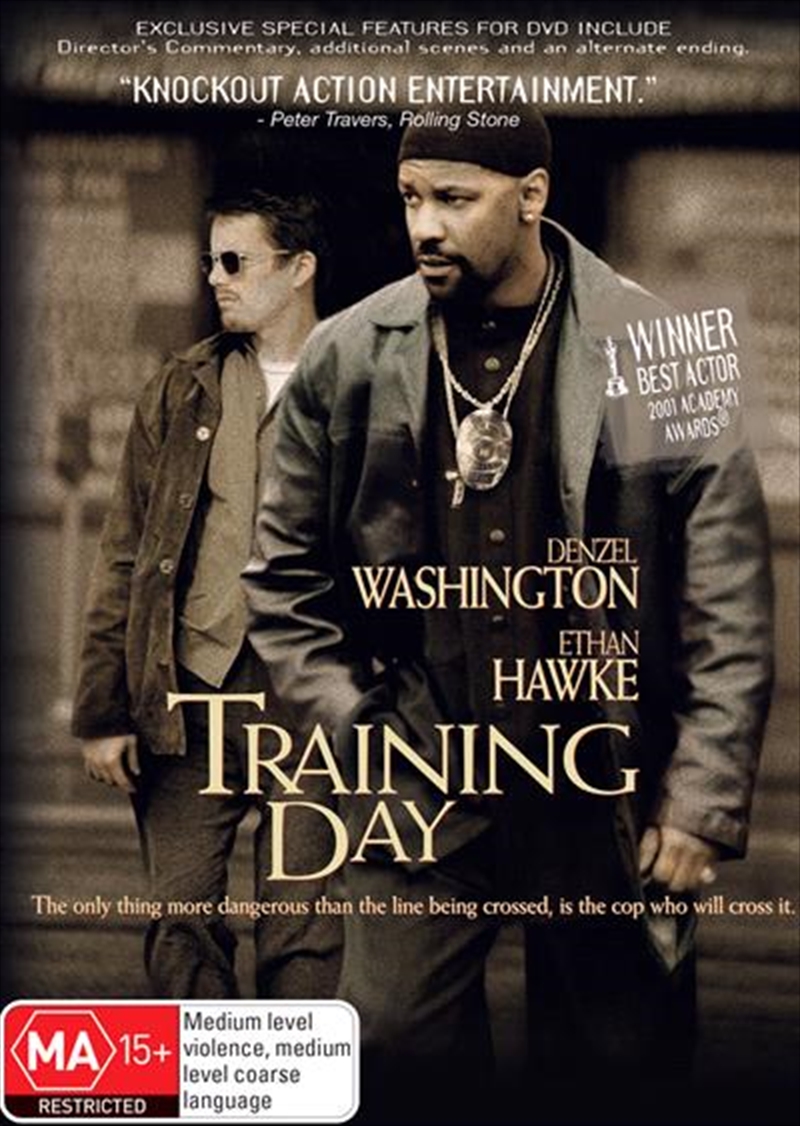 Shipping - See delivery options.
Postcode:
Quantity:
SEE MORE IN:
Snoop Dogg
DESCRIPTION
The only thing more dangerous than the line being crossed, is the cop who will cross it.

He's got just one day to prove himself and he's a little anxious. He should be. Today is going to be the toughest of his life. Jake Hoyt (Ethan Hawke) has been assigned to Detective Alonzo Harris (Denzel Washington), the head of an elite narcotics team and he's got about 8 hours to prove his worth to him. Fresh-faced and idealistic, Hoyt is keen to make an impression but it is Harris who will be doing all the impressing. After 13 years on the streets, Harris walks a blurred line between right and wrong. When he pushes Hoyt into trialing some of the drugs they have just seized, Hoyt discovers that the law according to Harris is not the same one he has been taught to uphold. As the day wears on and the assignments get more dangerous and less lawful, Hoyt starts to see his day as less of a test and more of a masterful, deadly set-up.2001 Best Actor Academy Award winner, Denzel Washington, 2001 Academy Award Best Supporting Actor nominee Ethan Hawke (Snow Falling On Cedars), Scott Glenn (Vertical Limit), Tom Berenger (Eye See You), Cliff Curtis (Blow) and recording artists, Snoop Dogg & Macy Gray star in the electrifying, menacing thriller that will leave you reeling.
TRAILER
DETAILS