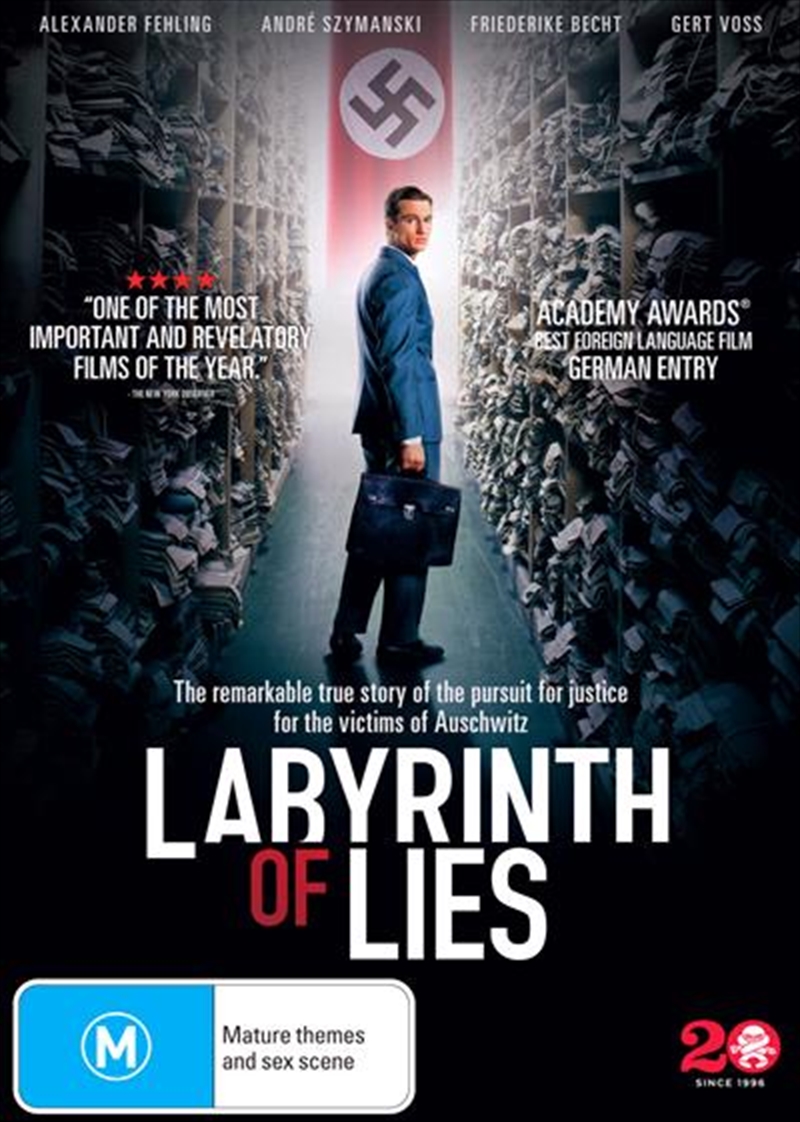 Shipping - See delivery options.
Postcode:
Quantity:
The remarkable true story of the pursuit for justice for the victims of Auschwitz

Based on the true events of the investigation that lead to the Frankfurt Auschwitz trials. Germany, 1958: nobody wants to look back to the time of the Nazi regime, so when young prosecuting attorney Johann Radmann comes across sensitive documents that would bring members of the SS who served in Auschwitz to trial, he is told to bury the past. However, against the will of his superiors, he begins to examine the case and lands in a web of repression and denial. He is sucked deeper and deeper into a labyrinth of lies and guilt in his search for the truth, but what he ultimately brings to light will change the country forever.