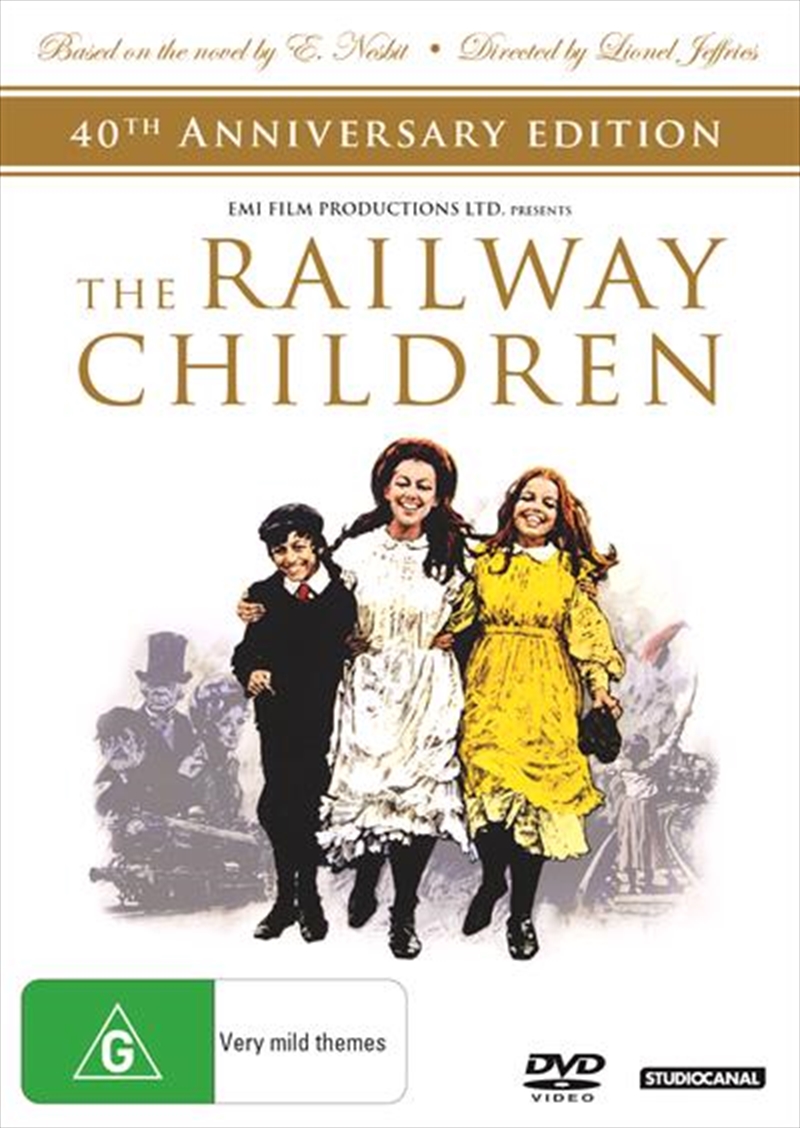 Shipping - See delivery options.
Postcode:
Quantity:
SEE MORE IN:
$5 Movies & More Cant Seem To Stream
Starring Jenny Agutter and Bernard Cribbins, Lionel Jeffries' adaptation of E. Nesbit's much-loved bestseller, The Railway Children is a timeless and enduring affair. After their father is mysteriously taken away, three Edwardian children move to the country where the local railway becomes a source of hope and adventure. Sensitive without being sentimental, the film perfectly captures a magical moment in childhood, and is widely regarded as one of the greatest children's films of all time.