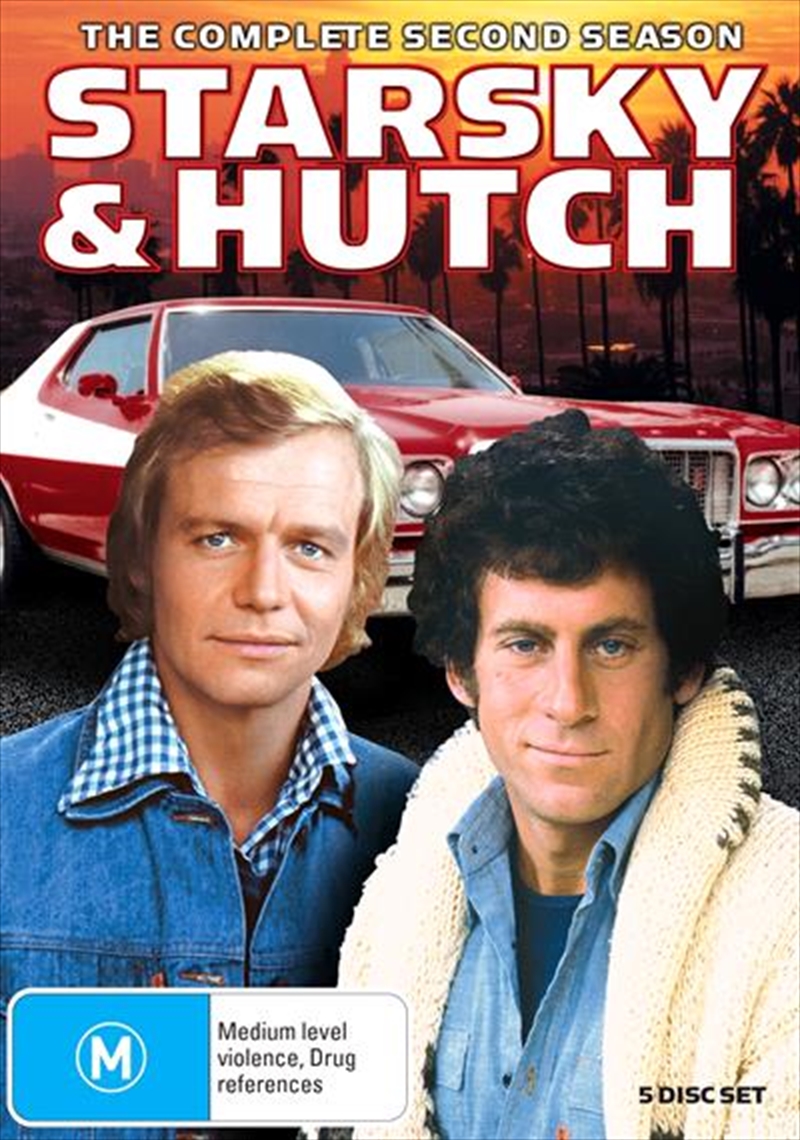 DESCRIPTION
In its debut season, popular detective series STARSKY & HUTCH, produced by Aaron Spelling and Leonard Goldberg and starring Paul Michael Glaser and David Soul, was a breakout hit. By Season Two, their way-cool Gran Torino, jive-talking informant Huggy Bear (Antonio Fargas) and even Starskys cable knit, belted sweater were on their way to becoming icons of the 70s cool. Each week the duo were joined by a whos who of guest stars including TVs Wonder Woman Lynda Carter, Jeff Goldblum, Carl Weathers, Edward James Olmos, Kristy McNichol and many more. Season Two saw the leads directing episodes of the action-packed series, which were now being written to capitalize on the amazing chemistry of the stars. Two-part episodes, exotic locations and a new theme song help make Season Two the favourite among die-hard fans who tuned in each week to watch the thrilling, high-octane adventures of STARSKY & HUTCH.
DETAILS