I Dream of Jeannie - Season 5 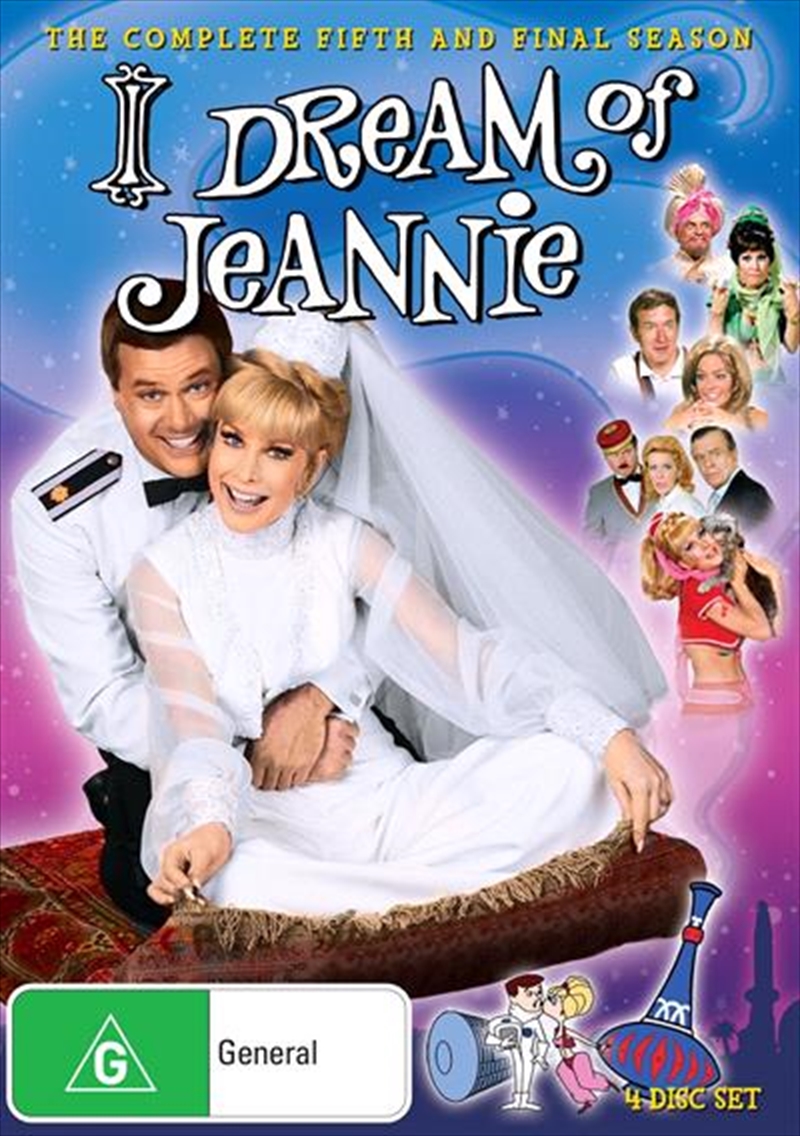 I Dream of Jeannie - Season 5

The fifth and final magical season of I DREAM OF JEANNIE! In the shows final season, watch as Jeannie (Barbara Eden) and her master, Tony (LARRY HAGMAN), finally say I Do in one of televisions most memorable weddings. Also this season we watch as Jeannie is crowned Queen of her own country, Dr. and Mrs. Bellows meet Jeannie as Major Nelsons fiance and Tonys house gets a mod makeover! Making her final appearance, Jeannies wicked twin sister tries to wreck the newlyweds marriage, while Dr. Bellows nephew discovers Jeannies secret and Tony becomes the spokesman for his own canned chilli. Plus Dr. Bellows finally catches Major Nelson, an astronaut with a genie! With 26 hilarious episodes featuring such great stars as FARRAH FAWCETT, JIM BACKUS, DICK WILSON, JACKIE COOGAN and DICK VAN PATTEN, I DREAM OF JEANNIE: THE COMPLETE FIFTH & FINAL SEASON will leave fans forever dreaming of Jeannie.
TRAILER
DETAILS

Title: I Dream of Jeannie - Season 5