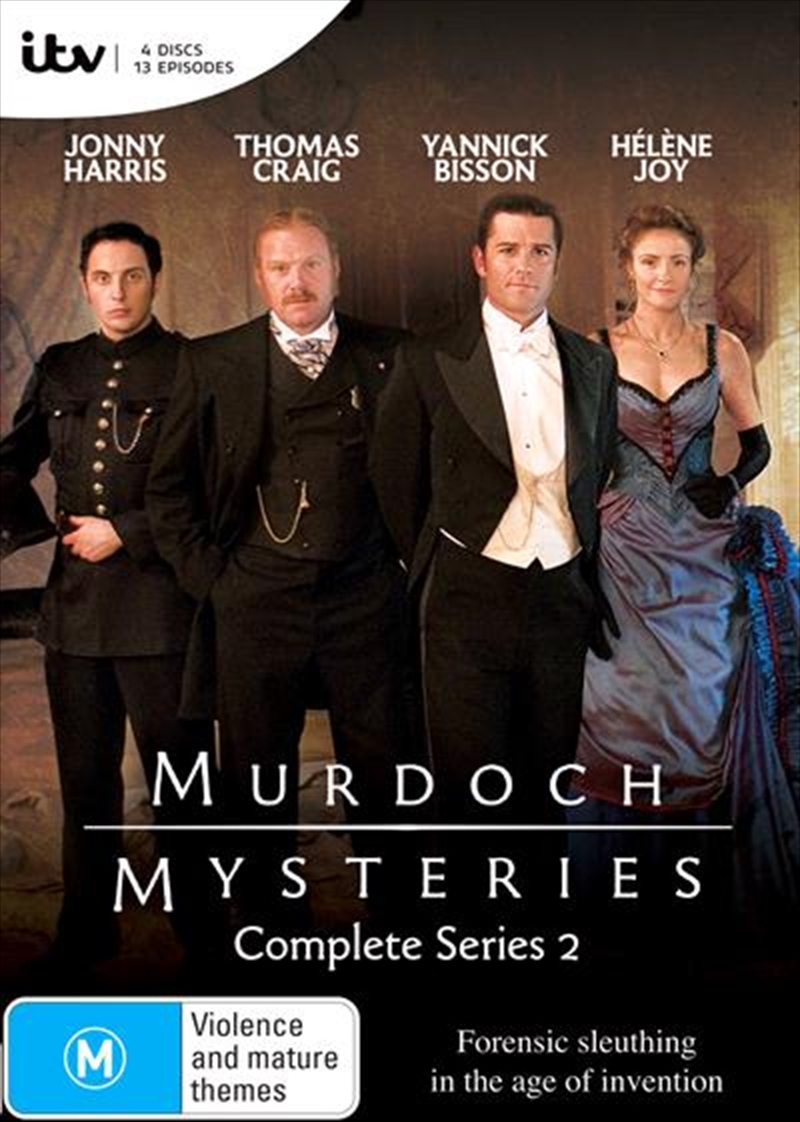 Forensic sleuthing in the age of invention.

Murdoch Mysteries Series 2 is based on the popular mystery novels by Maureen Jennings and stars Yannick Bisson (Soul Food) as Detective William Murdoch, an investigator in Toronto in 1895.The series follows eccentric Detective Murdoch who solves many of his cases using unusual and progressive methods of detection, including fingerprinting, human blood testing, surveillance and trace evidence.Scorned for his ideas by his supervisor Chief Inspector Brackenreid, he forms an unlikely ally with beautiful coroner Dr Julia Ogden, who is also struggling against tradition and prejudice,and together they prove a formidable team.
DETAILS