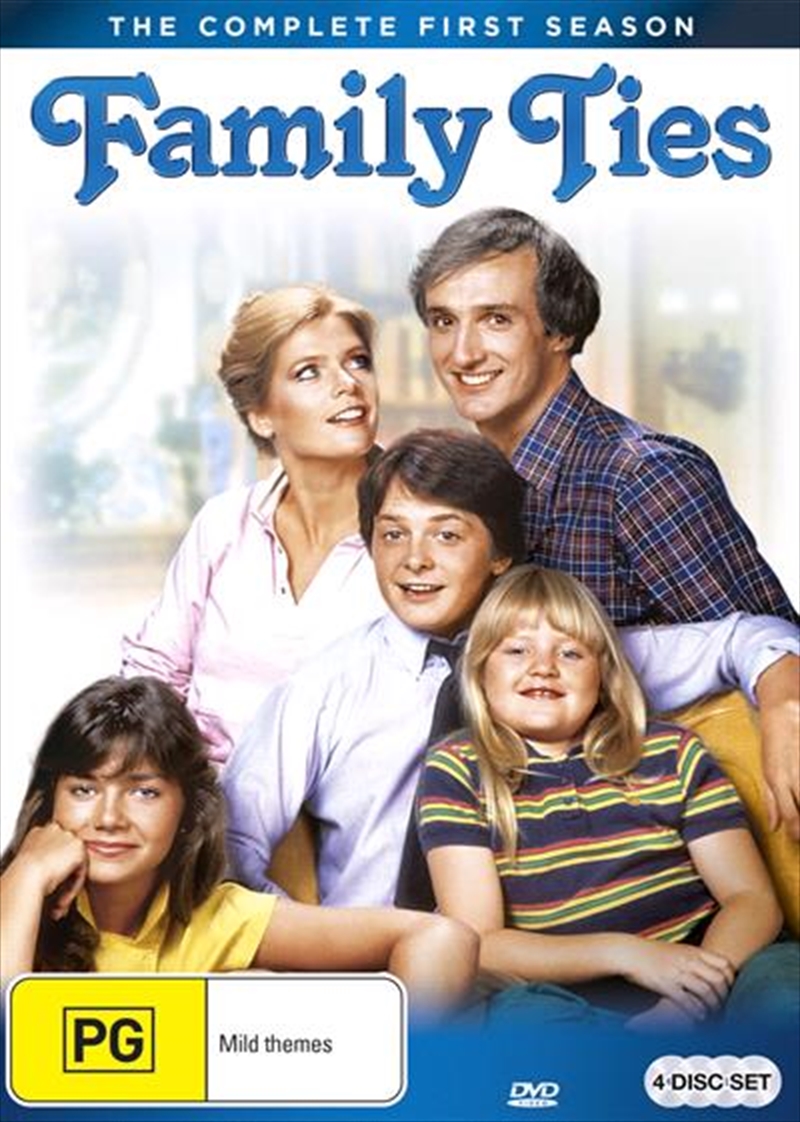 Shipping - See delivery options.
Postcode:
Quantity:
The heartwarming and award-winning Family Ties features a couple who were ardently left wing political activists in the sixties as they face the challenges of raising a family with children who have strongly conservative views. Steven (Michael Gross) and Elyse (Meredith Baxter-Birney) Keaton have three children, Alex (three-time Emmy winner Michael J. Fox), Mallory (Justine Bateman), and Jennifer (Tina Yothers), yet they haven't lost their youthful idealism. The ambitious Alex and materialistic Mallory, however, don't share it. Poster children for the go-go 1980s, they'd rather rake in the cash than change the world. In their first year, the family faces a variety of challenges. Steven finds out his father has a fatal illness, 15-year-old Mallory deals with unwelcome male attention, and 17-year-old Alex learns a lesson about responsibility when he loses nine-year-old Jennifer while babysitting.