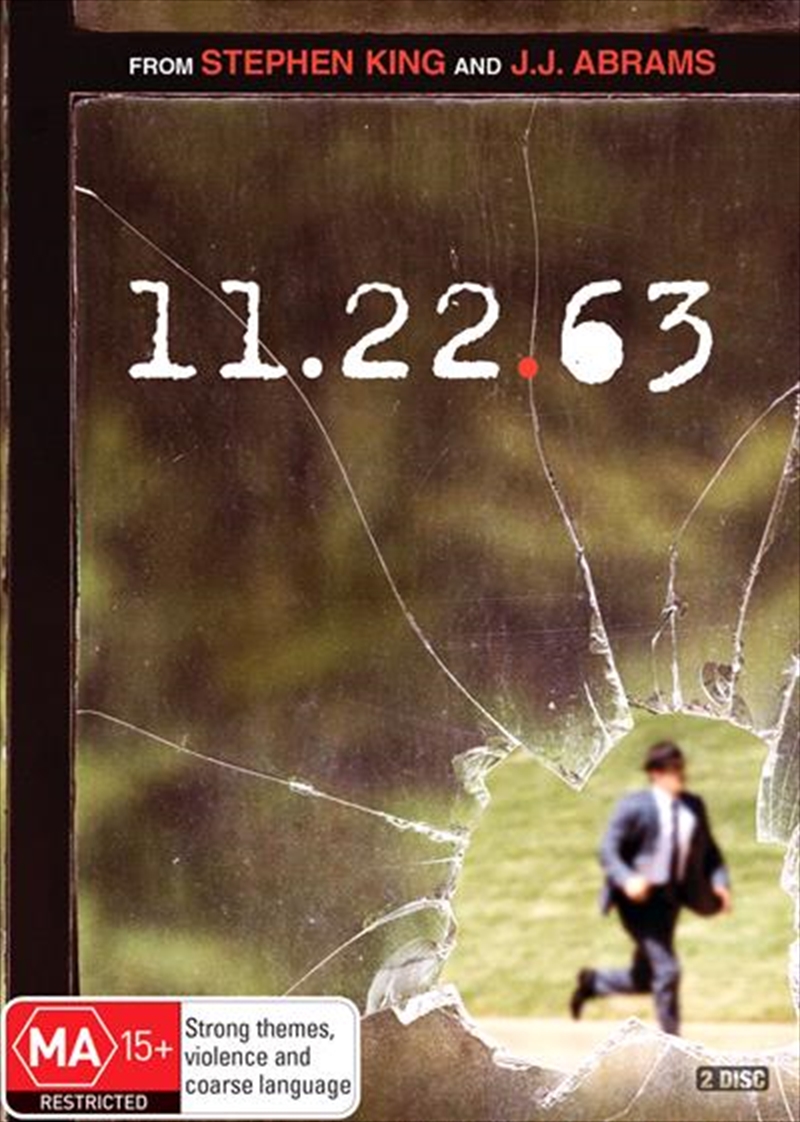 Shipping - See delivery options.
Postcode:
Quantity:
SEE MORE IN:
3 for $40 TV Cant Seem To Stream
DESCRIPTION
When you fight the past, the past fights back.

On November 22, 1963, three shots rang out in Dallas, President Kennedy was killed, and the world changed. What if you could change it back? Based upon the bestselling novel by Stephen King, 11.22.63 is an epic thriller from J.J. Abrams' Bad Robot Prods. James Franco stars as Jake Epping, a high school English teacher who, encouraged by his ailing friend (Chris Cooper) travels back in time to prevent the assassination of President John F. Kennedy. Delving into the darkness of the American dream, viewers are transported to the world of 1960s Texas as Jake explores the mystery surrounding the supposed gunman Lee Harvey Oswald, his family and associates. But Jake's mission faces threats not only from Oswald, but from Sadie Dunhill, a beautiful librarian he falls in love with, and from the Past itself - which doesn't want to be changed. And if the Past doesn't want to be changed, it will push back - often violently.
TRAILER
DETAILS