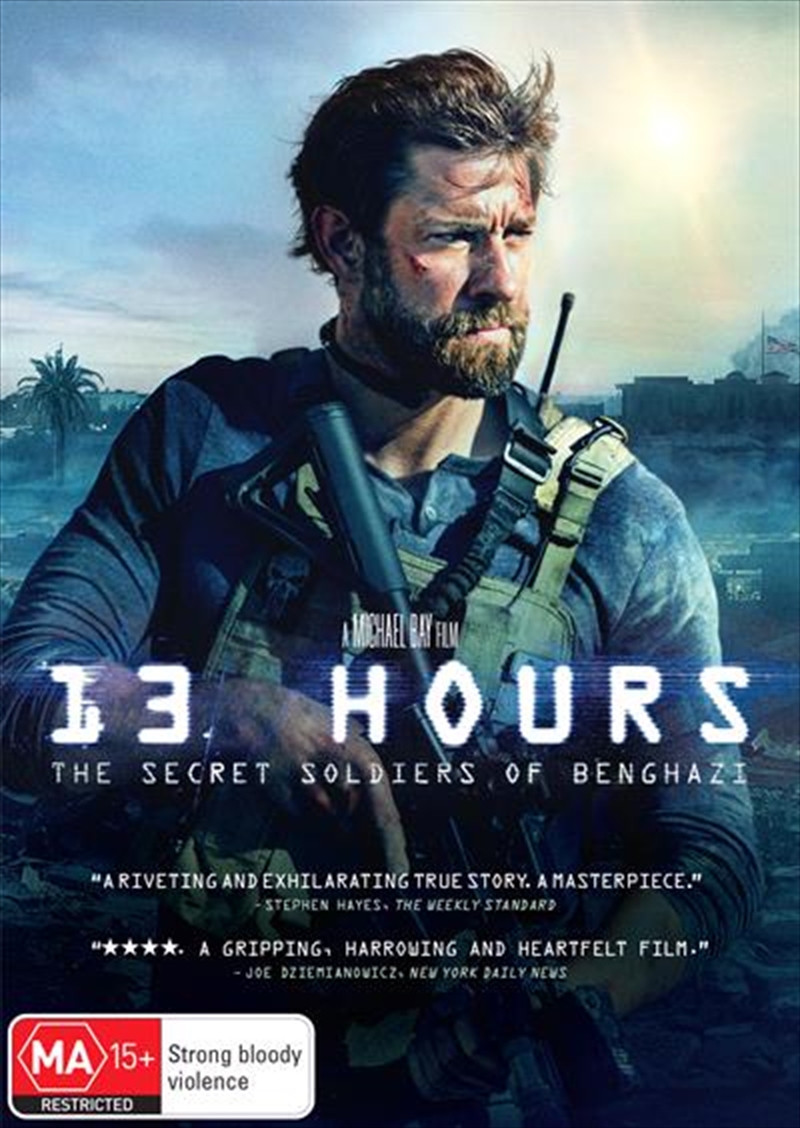 Shipping - See delivery options.
Postcode:
Quantity:
SEE MORE IN:
3 for $30 Movies & More Cant Seem To Stream
DESCRIPTION
In 2012, the threat level in Benghazi, Libya was deemed "critical". When everything went wrong, six men had the courage to do what was right.

From director Michael Bay 13 Hours: The Secret Soldiers of Benghazi, is the gripping true story of six elite ex-military operations assigned to protect the CIA who fought back against overwhelming odds when terrorists attacked a U.S. diplomatic compound on September 11, 2012. When everything went wrong , six men has the courage to do what was right. Based on the nonfiction book 13 Hours by New York Times bestselling author Mitchell Zuckoff and members of the Annex Security team.
TRAILER
DETAILS