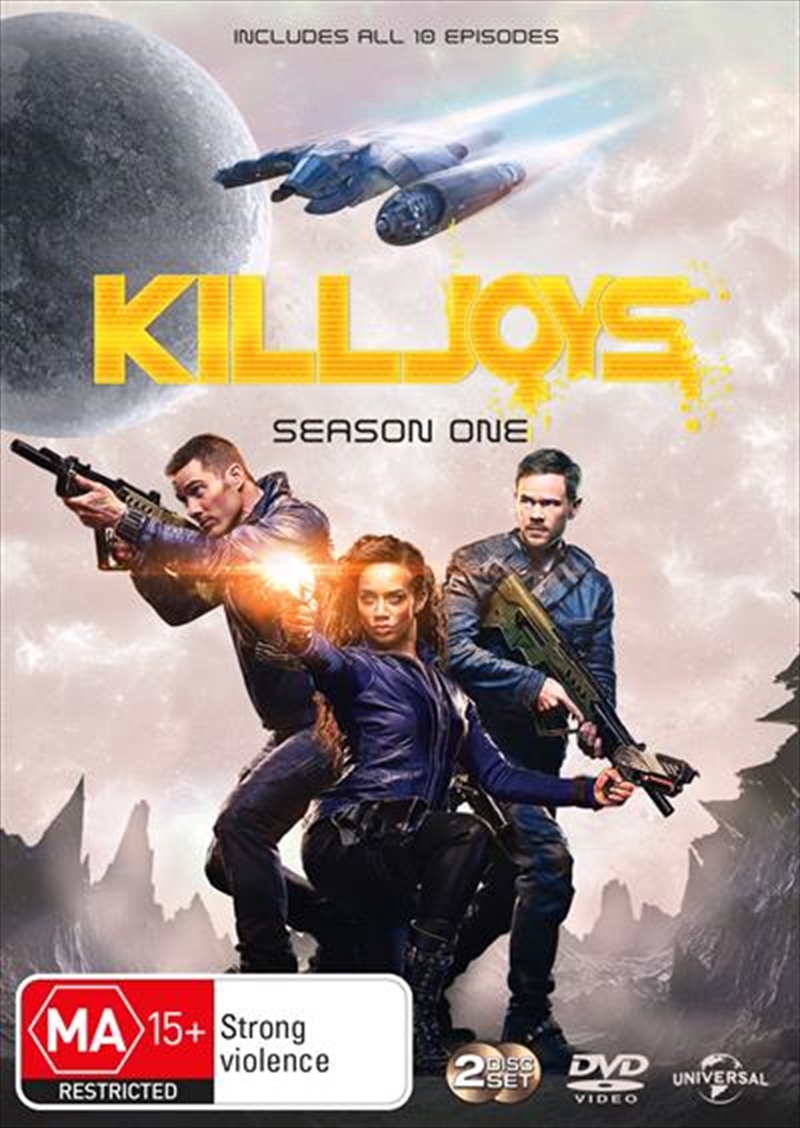 Shipping - See delivery options.
Postcode:
Quantity:
SEE MORE IN:
3 for $40 TV
DESCRIPTION
Hannah John-Kamen stars as the gorgeous, complicated and deadly Dutch. A top-level Killjoy, she's a much-loved and charming presence in her community, with a unique gift for earning peoples trust and respect regardless of their class. Under her banter and self-protective flirtations, there is pain, maturity, and a deep solemnity resulting from a dark, secret past. Aaron Ashmore takes on the role of John Jaqobis, a Level 3 Killjoy who, despite his profession, is a peacemaker who hates conflict. Cheerful and kind-hearted, John prefers not to fight, but his sarcastic wit has put him into the fray enough over the years to teach him how to do it well -- and dirty. Give this man any machine or situation, and he can fix it, build it, and fly it. Luke Macfarlane plays Davin Jaqobis, a handsome, rugged, sarcastic and incredibly loyal former soldier. He dreamed of enlisting in the military since boyhood, and his hard-won expertise in tactics, maneuvers, and hand-to-hand combat make him an instant asset to the Killjoy team.
TRAILER
DETAILS