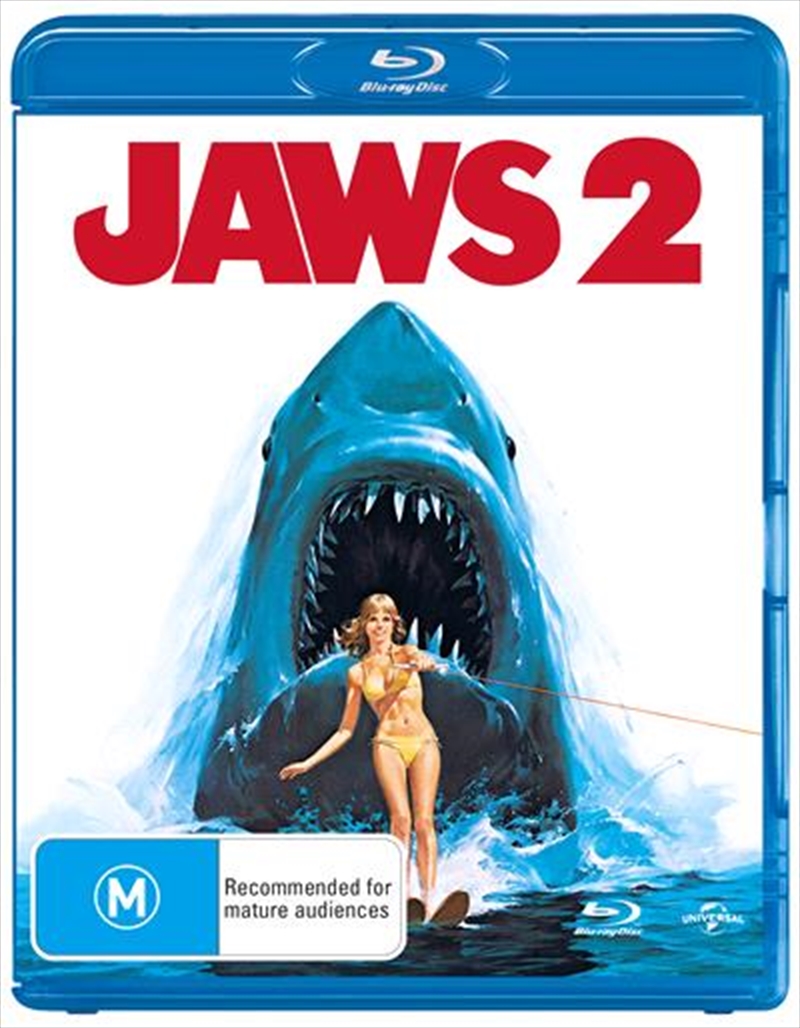 Shipping - See delivery options.
Postcode:
Quantity:
SEE MORE IN:
3 for $30 Movies & More Jaws Creature Features
DESCRIPTION
Just when you thought it was safe to go back in the water...

The horror is far from over! Four years after the great white shark terrorised the small resort of Amity, unsuspecting vacationers begin disappearing in an all-too-familiar fashion. Only one man knows the truth. Academy Award-winning producer Richard D. Zanuck (Rules of Engagement, Deep Impact) brings the next installment of this frightening series with Roy Scheider reprising his role as Police Chief Brody. Newly remastered, Jaws 2 contains exclusive behind-the-scenes footage with interviews and deleted scenes and continues to keep audiences out of the water.
TRAILER
DETAILS