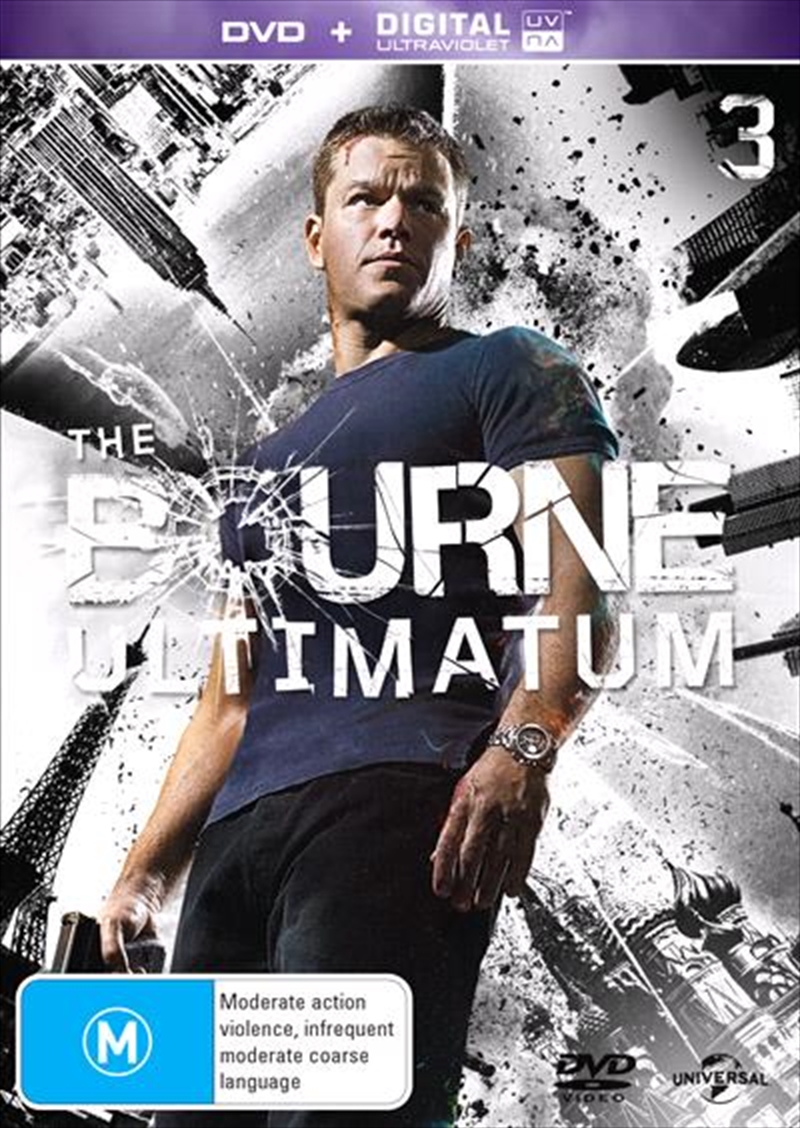 Matt Damon returns as the trained assassin Jason Bourne for the latest showdown, with director Paul Greengrass (United 93, The Bourne Supremacy) joining returning cast members Julia Stiles (The Omen, Mona Lisa Smile) and Academy Award nominee Joan Allen (The Upside of Anger, The Contender). New additions to the cast include Oscar nominee David Strathairn (We are Marshall, Good Night, and Good Luck.) and Paddy Considine (Cinderella Man, In America). All he wanted was to disappear. Instead, Jason Bourne is now hunted by the people who made him what he is. Having lost his memory and the one person he loved, he is undeterred by the barrage of bullets and a new generation of highly-trained killers. Bourne has only one objective: to go back to the beginning and find out who he was. Now, in the new chapter of this espionage series, Bourne will hunt down his past in order to find a future. He must travel from Moscow, Paris, Madrid and London to Tangier and New York City as he continues his quest to find the real Jason Bourneall the while trying to outmaneuver the scores of cops, federal officers and Interpol agents with him in their crosshairs. Capturing gritty and realistic corners of the world, director Greengrass returns with his unique and compelling cinematic vision to bring the third installment of this edgy, real-world espionage thriller to the screen.