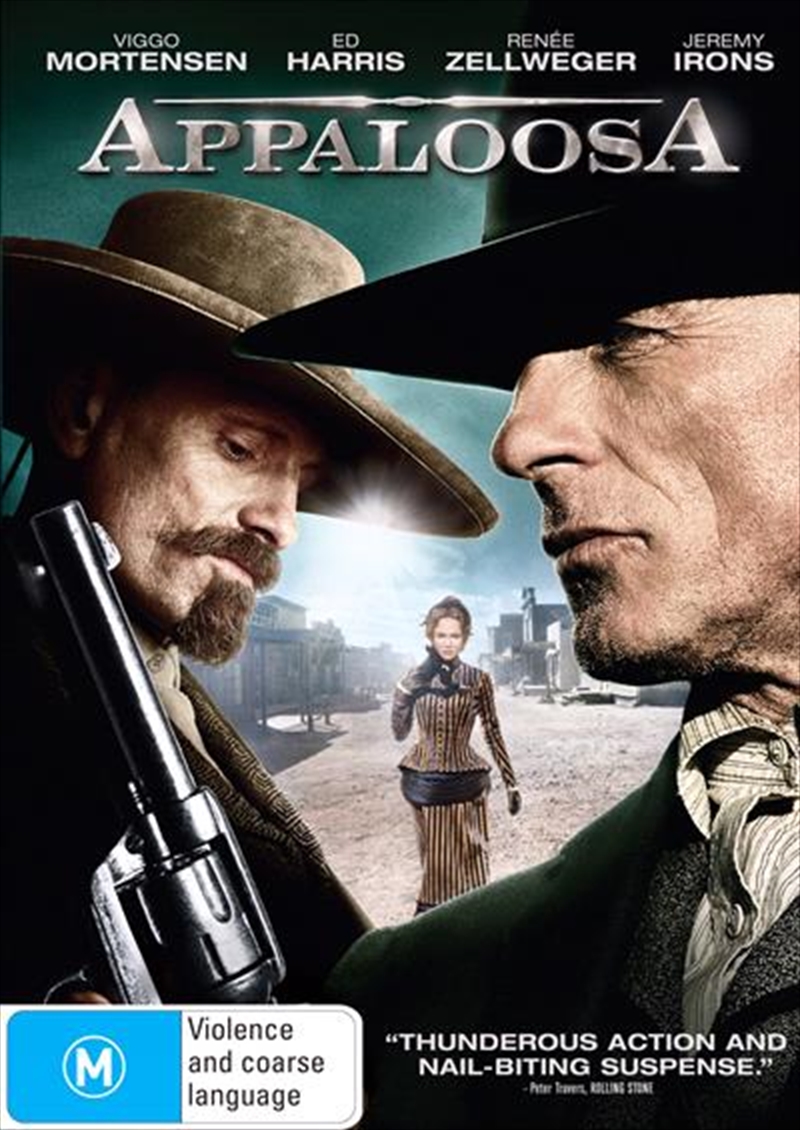 The paths of two gunmen tracking an escaped murderer and that of a beautiful, dangerous widow with an agenda of her own collide in the lawless western town of Appaloosa. In Appaloosa, they find a small, dusty town suffering at the hands of a renegade rancher with so little regard for the law that he has taken supplies, horse and women for his own and left the city marshal and one of his deputies for dead. Cole and Hitch, itinerant lawmen, are used to cleaning up after opportunistic thieves, but this time they find an unusually wily adversary, one who raises the stakes not by playing with the rules, but with emotions.
TRAILER
DETAILS