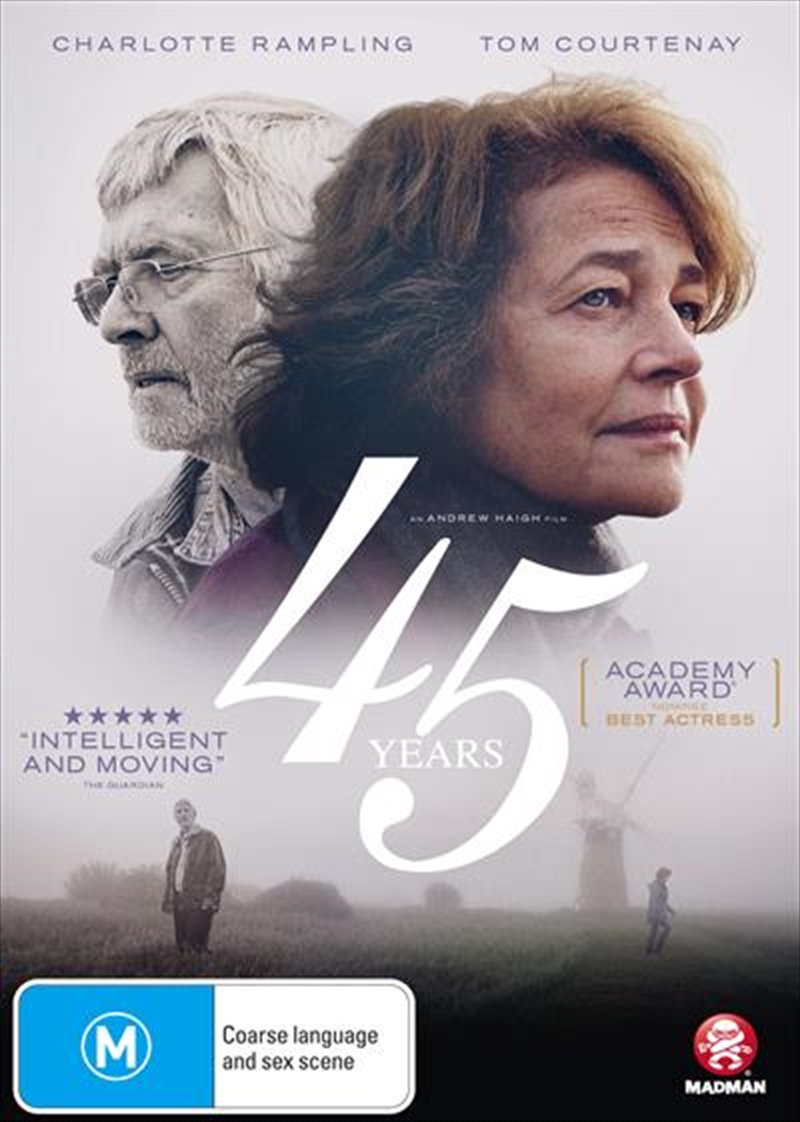 Shipping - See delivery options.
Postcode:
Quantity:
Kate Mercer is planning a party to celebrate her 45th wedding anniversary. One week before the celebration a letter arrives for her husband, Geoff, containing news that the body of his first love has been discovered, frozen and preserved in the icy glaciers of the Swiss Alps. Kate continues to prepare for the party, but she becomes increasingly concerned by Geoffs preoccupation with the letter and the startling revelations about his former life. As their anniversary gets closer, and they delve further into the past, their future is left in question. Anchored by sensational performances from Charlotte Rampling and Tom Courtenay, 45 YEARS is an intimate, moving and beautiful portrait of a marriage shaken to its core by things left unspoken. Winning Best Actor and Best Actress awards at the 2015 Berlinale Film Festival, 45 YEARS is British filmmaking at its very best.