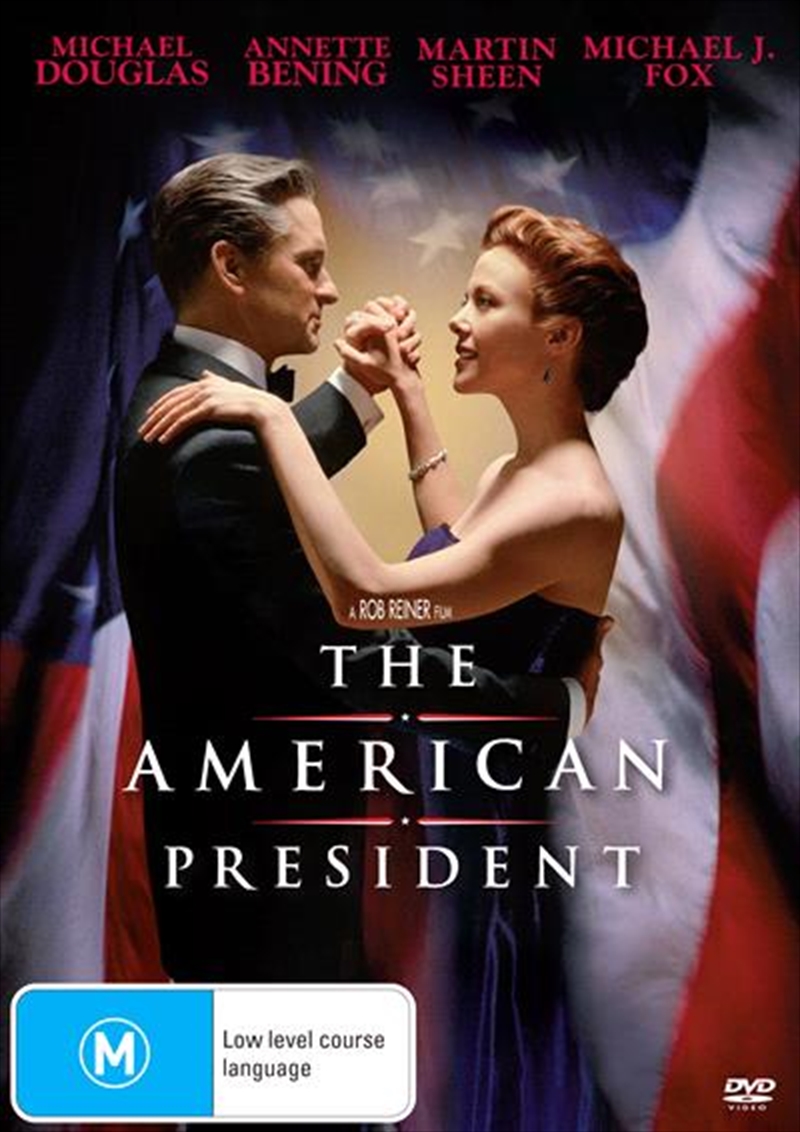 Shipping - See delivery options.
Postcode:
Quantity:
SEE MORE IN:
3 for $20 Movies & More
DESCRIPTION
Why can't the most powerful man in the world have the one thing he wants most?

Boy meets girl - and the press tracks their every move, rivals fire broadsides and a Presidency with a 63% popularity rating plunges to 41% in seven weeks. When you're the President, everyone knows where you live. Michael Douglas portrays the widower Chief Executive who falls for a lobbyist (Annette Bening), then freefalls in the polls in this winning romantic comedy directed by Rob Reiner. Bustling staff members (Martin Sheen, Michael J. Fox, David Paymer, Anna Deavere Smith), a sneering opponent (Richard Dreyfuss), state dinners, formal protocol, informal moments, global crises - all come into focus as Reiner and his stars explore the balance between private romance and public Presidency.
TRAILER
DETAILS