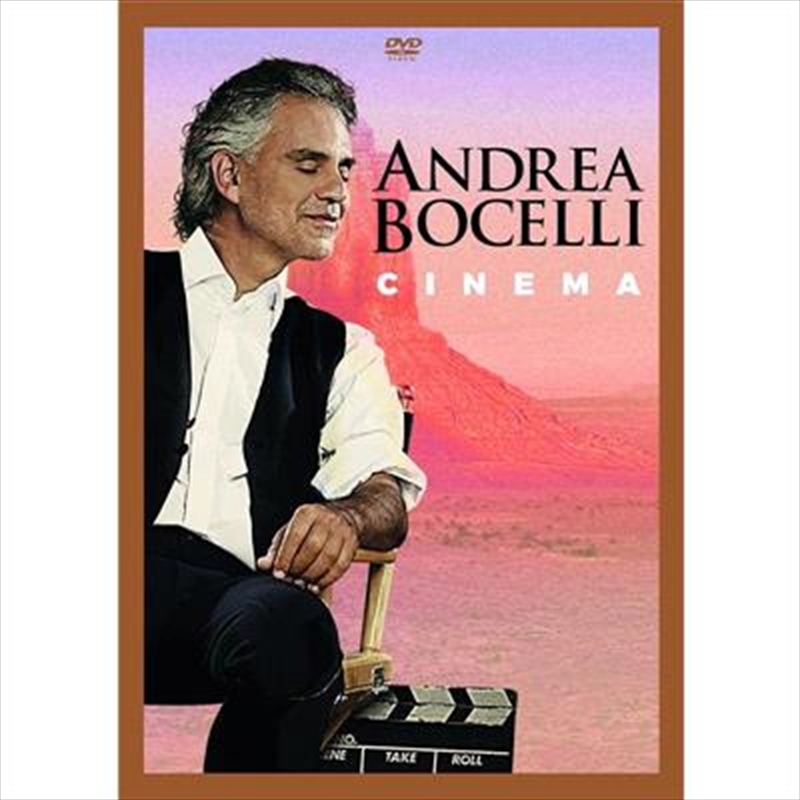 DESCRIPTION
This latest release in the “Cinema” suite is a DVD of the PBS Cinema TV Special live performance concert film.

Cinema features a collection of movie songs etched in the culture and hearts of several generations including epic theme songs featured in films such as “Doctor Zhivago”, “Love Story”, “The Godfather”, “Life is Beautiful”, “Gladiator”, “The Postman”, “Breakfast at Tiffany’s” and many more, as well as popular songs from stage musicals, immortalised by their film versions, such as “West Side Story” and “Evita.”

In Australia, Andrea Bocelli has performed to sell-out crowds, most recently in Sydney, Adelaide, Melbourne, and Perth in September 2014, to rave reviews and acclaim.

With over 80 million albums sold worldwide, this international star who has been honoured with star on the Hollywood Walk of Fame, whose Central Park concert in 2011 entered the history of music as one of the greatest live performances of all time, and who has had the honour of performing live in front of three Presidents of the United States, three popes, and royal families all over the world, is back with an exciting new project, intended as an amazing tribute to the “Seventh Art”.
DETAILS