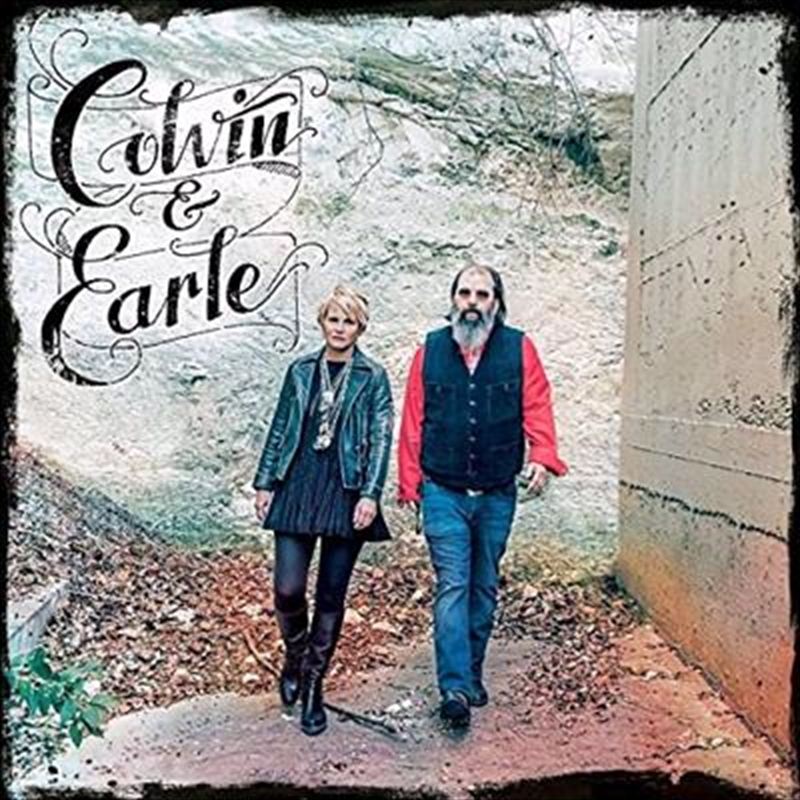 Shipping - See delivery options.
Postcode:
Quantity:
SEE MORE IN:
2 for $40 Music All 2 for $40
Shawn Colvin and Steve Earle first met nearly three decades ago as Colvin opened a solo acoustic performance by Earle at Northampton, MA’s beloved Iron Horse. The two proved fast friends, collaborating occasionally over the years until finally teaming up for 2014’s “Songs and Stories, Together Onstage” tour, a sold-out run that saw the duo uniting for one-of-a-kind evenings of song-swapping, duets and storytelling. The Albany Times Union hailed the show as “a near perfect pairing,” while The Morning Call praised Colvin & Earle for “(spurring) each other to greater heights.” The Cleveland Plain Dealer summed it up best, declaring it “a joy to be able to witness two of the greatest at their craft.”

The shows were so exceptional Earle immediately proposed he and Colvin record an entire album together in the spirit of the tour. Their all-star backing band included guitarist Richard Bennett (Neil Diamond, Mark Knopfler, and Earle’s seminal 1986 debut, GUITAR TOWN), drummer Fred Eltringham (Willie Nelson, Kacey Musgraves), and bassist Chris Wood (of Medeski Martin & Wood) along with GRAMMY® Award-winner Buddy Miller (Patty Griffin, Robert Plant, Lucinda Williams) at the helm as producer and baritone guitarist. Colvin, Earle and Miller led the combo through a week-and-a-half-long session that possesses all the spontaneity and magic of the duo’s live acoustic shows while also fleshing out the arrangements with alternating moments of subtle grace and raucous grit.

COLVIN & EARLE reveals a truly collaborative creative partnership, with each singer/songwriter contributing verses, melodies, choruses, and chord progressions. Songs like “Tell Moses” – a rollicking slice of folk-gospel that works its way from Egypt to Ferguson, MO – and the irresistibly vibrant “Happy & Free” see Colvin & Earle gelling into a gorgeous, cohesive duo, the perfect vehicle for their sterling harmonies and infinite songwriting gifts. COLVIN & EARLE’s more melancholy moments cut close to the bone from both artists’ personal experiences, from the winsome “The Way That We Do” and the self-reflective “You’re Right (I’m Wrong)” the closing “You’re Still Gone” (featuring lyrics by Julie Miller). Colvin & Earle also chose to include four distinctive covers, including “Ruby Tuesday” and “Raise The Dead” as well as a bluesy take on The Nashville Teens’ garage rock standard, “Tobacco Road,” and a new interpretation of “You Were On My Mind” blending elements of both Ian & Sylvia and The We Five’s classic versions.

Fueled by deep emotional connection and spiritual bond, COLVIN & EARLE captures the once-in-a-lifetime magic of two extraordinary artists so in tune that they seem to be able to read each other’s minds. It would have been impossible to predict at the Iron Horse all those years ago, but Colvin & Earle have gone from sharing a stage to sharing one of the finest records in either of their storied careers.

The Way That We Do

You Were On My Mind