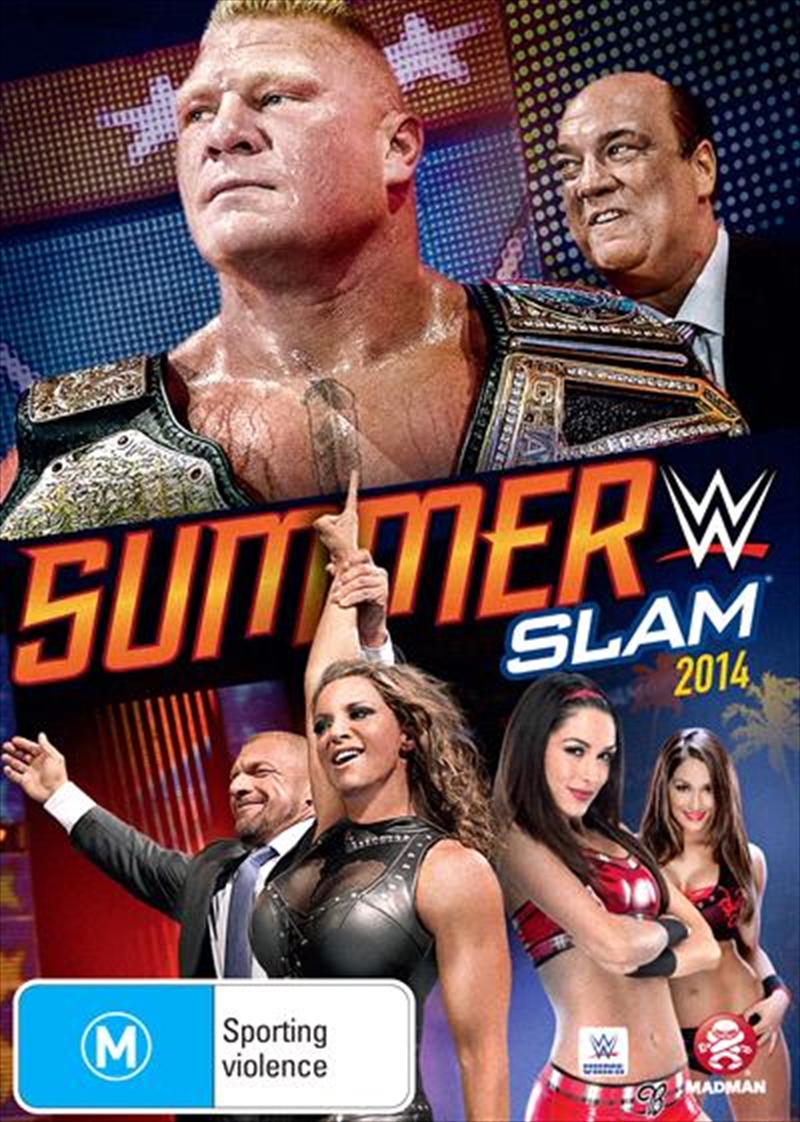 The Beast who conquered The Undertaker's 21 year WrestleMania streak, Brock Lesnar, promises to inflict "the beating of a lifetime" on John Cena - Cena expects nothing less, but it will take more than a beating to pry the gold from a man whose every heartbeat drives him to be The Champ. Plus, Stephanie McMahon competes in her first sanctioned match in over a decade when she takes on the Diva who's life she's tried to tear apart, Brie Bella. One of WWE's most combustible rivalries explodes when Roman Reigns faces Randy Orton. There's no escape for Seth Rollins when his maniacal former ally, Dean Ambrose, finally gets his hands on him in a Lumberjack Match. Chris Jericho stands up to the Face of Fear, Bray Wyatt All this and more as WWE presents the 27th annual SummerSlam!
DETAILS