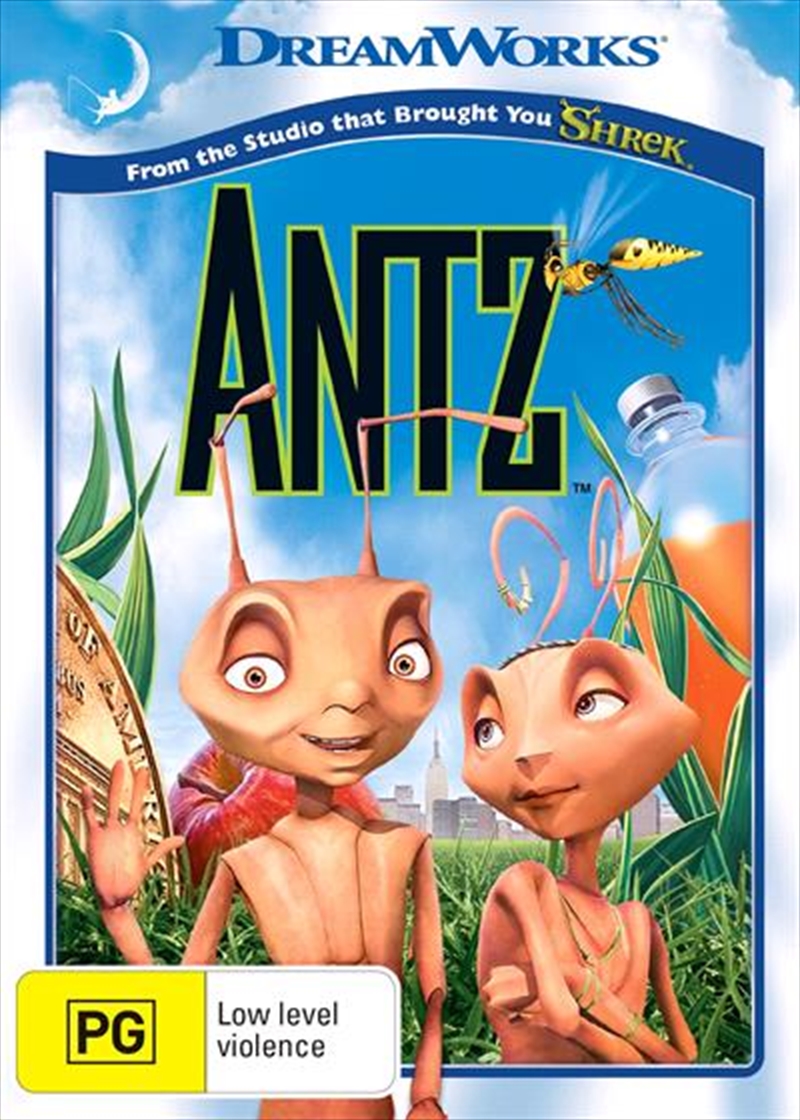 Shipping - See delivery options.
Postcode:
Quantity:
SEE MORE IN:
3 for $20 Movies & More Sylvester Stallone Movies Dreamworks Cant Seem To Stream
DESCRIPTION
With a superstar cast and breakthrough visual effects, DreamWorks' spectacular comedy adventure, ANTZ, became "king of the hill" with audiences and movie critics alike. Everyone digz ANTZ!Life is no picnic for Z, a small worker ant with some very big ideas whose chances of landing the beautiful Princess Bala are literally one in a billion. But when Z convinces his soldier ant buddy to switch places with him, his simple life takes a wild turn. From his battles in the termite war to his search for "Insectopia", Z's adventures land him in a final confrontation with the ruthless General Mandible who has planned to liquidate the colony. Once the most insignficant of workers, Z may just turn out to be the biggest hero of them all!
DETAILS