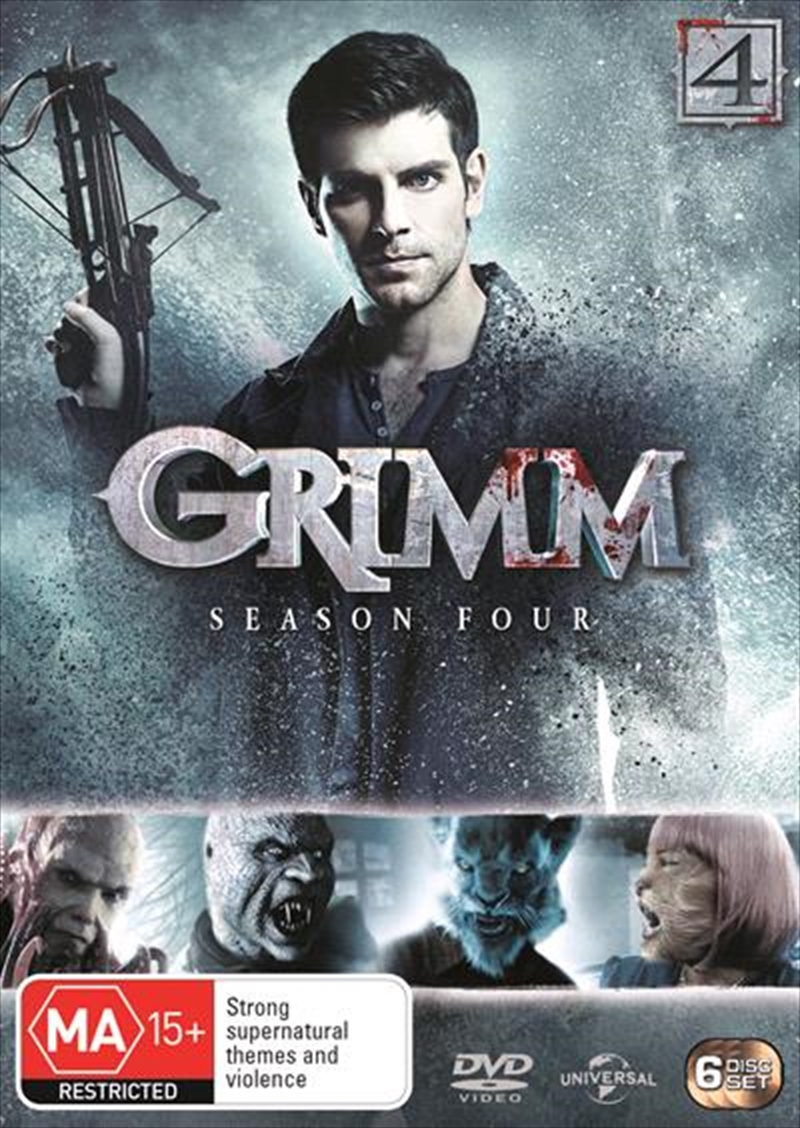 In the wake of Monroe and Rosalee's wedding, things have never been more chaotic. Nick, having lost his Grimm abilities, must dig deep and decide what type of person he wants to be. With Captain Renard in critical condition after being gravely injured and Juliette trying to come to grips with Nick's recent betrayal, the world of Grimm is spiraling out of control more than ever. As even more dangerous Wesen are making their way to the great northwest, it's going to take all of Team Grimm's strength and energy to keep Portland from bursting open at the seams. Watch all 22 spine-chilling episodes back-to-back and uninterrupted in Grimm Season Four.
TRAILER
DETAILS