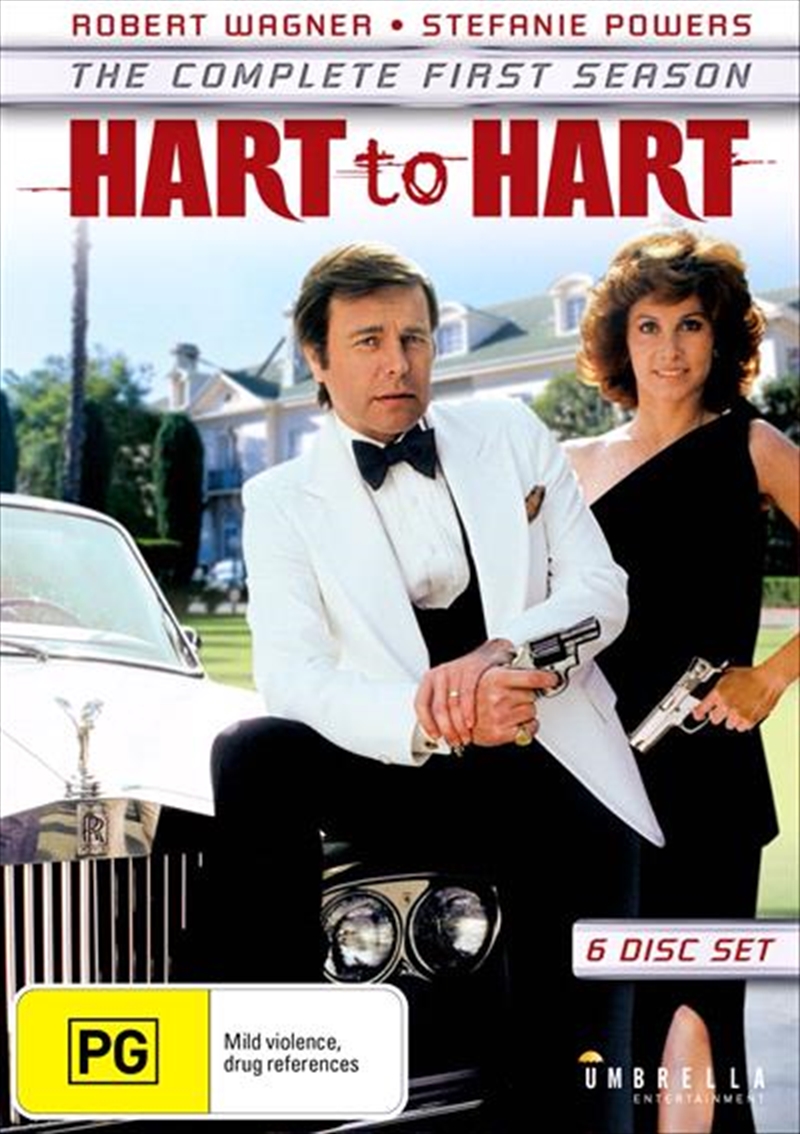 Shipping - See delivery options.
Postcode:
Quantity:
SEE MORE IN:
2 for $40 TV All 2 for $40
"This is my boss Jonathan Hart, a self-made millionaire. He's quite a guy. This is Mrs. H she's gorgeous. What a terrific lady. By the way, my name is Max. I take care of them, which ain't easy, 'cause their hobby is murder." Following the globetrotting married couple with an innate talent for solving mysteries, Hart to Hart stars Robert Wagner and Stefanie Powers two sophisticated and dedicated individuals who forge a formidable crime fighting team, uncovering thefts, elucidating the evils of espionage, dodging the occasional bullets and getting to the bottom of all manner of skulduggery. From the creative mind of Sydney Sheldon (I Dream of Jeannie, Bloodline, Rage of Angels), with Lionel Stander in a Golden Globe winning performance as the level headed Max, also featuring guest stars such as Roddy McDowall, Dee Wallace, Jeremy Brett, Daniel J. Travanti and Juliet Mills, Hart to Hart Season One is one perilous jaunt after another into a wide and exotic world of mystery and suspense.