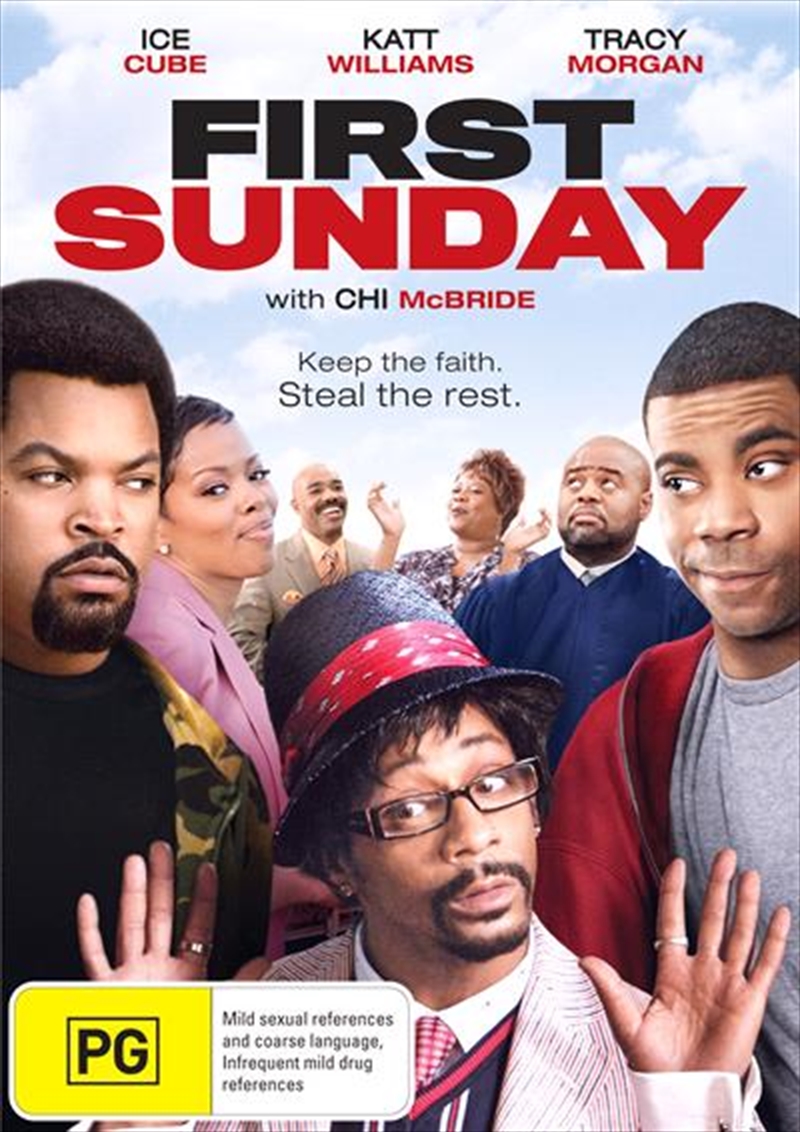 Ice Cube and Tracy Morgan are two thieves who haven't got a prayer in FIRST SUNDAY, a sinfully funny comedy co-starring Katt Williams and Chi McBride. Sentenced to 5,000 hours of community service, Durell Washington's (Cube) life quickly goes from bad to worse. Realising that the Lord helps those who help themselves, he eventually decides to help himself to the neighbourhood church's building fund. Accompanied by his dimwitted partner-in-crime LeeJohn (Morgan), the two down-on-their-luck men are dismayed to discover the cash has already been stolen, so they hold the congregation hostage in a Hail Mary attempt to learn who amongst the righteous has already run away with their loot! Also starring Tiffany "New York" Pollard, Rickey Smiley, Loretta Devine and Miranda Williams.
TRAILER
DETAILS