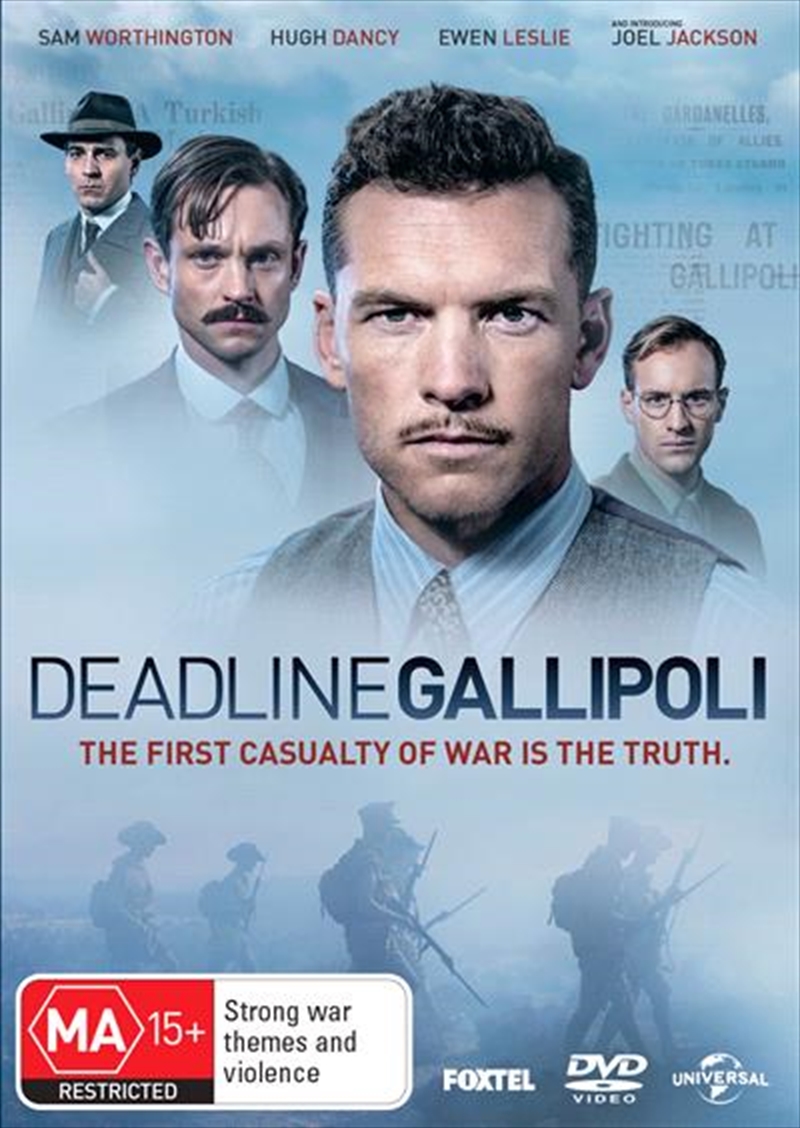 Shipping - See delivery options.
Postcode:
Quantity:
SEE MORE IN:
3 for $40 TV Cant Seem To Stream
Three journalists, Charles Bean, Ellis Ashmead Bartlett and Phillip Schuler, arrive at Gallipoli with the invading British and Allied troops in 1915. They will report the war but are prevented from getting out the true story of an unfolding disaster. From encampment in Cairo to Anzac Cove to the evacuation, this is the story of journalists who will not accept that truth be the first casualty. This is the story of the men who will not shut up. The actions of these men will help change the course of the campaign, ensure that a strategic disaster becomes a legend of human heroism, and leave an impregnable mark on each of their lives.