A Letter To Momo 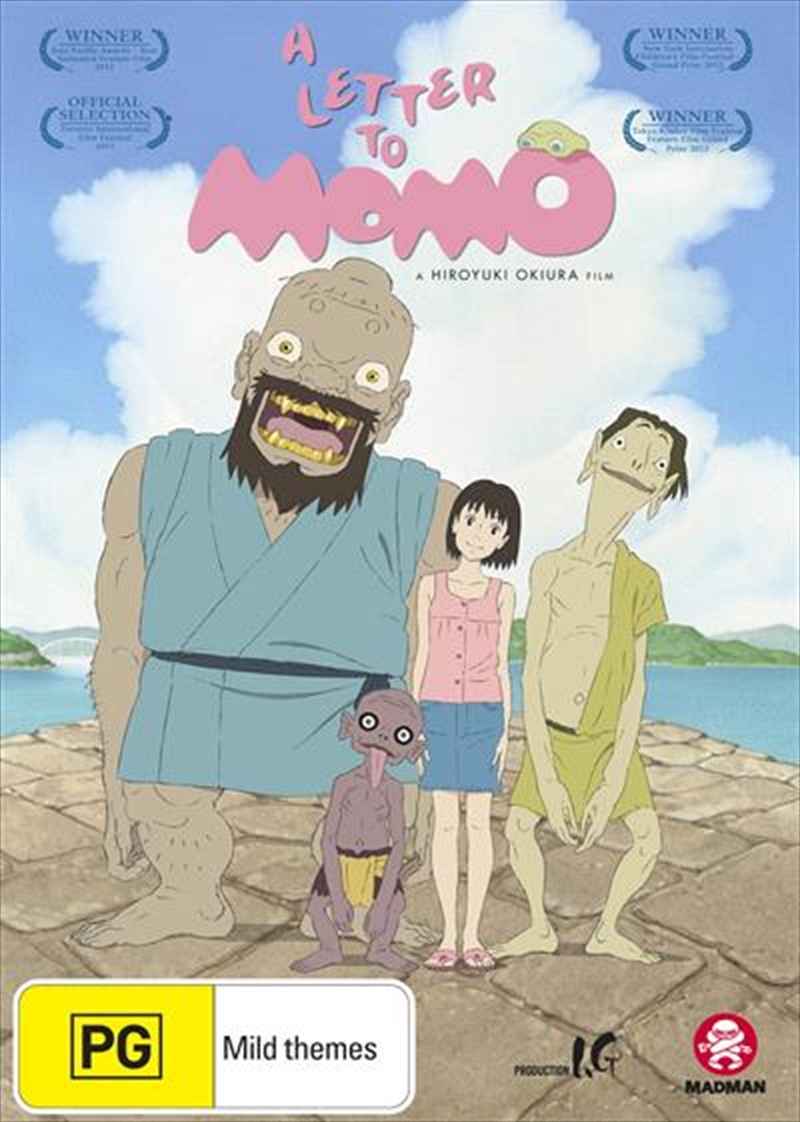 The last time Momo saw her father they had a fight and now all she has left to remember him by is an incomplete letter that he had started to write her, a blank piece of paper penned with the words Dear Momo but nothing more. Moving with her mother from bustling Tokyo to the remote Japanese island of Shio, she soon discovers three goblins living in her attic, a trio of mischievous spirit creatures who have been assigned to watch over her and that only she can see. The goblins are also perpetually famished and they begin to wreak havoc on the formerly tranquil island, ransacking pantries and ravaging orchards acts for which Momo often has to take the blame. But these funny monsters also have a serious side, and may hold the key to helping Momo understand what her father had been trying to tell her.

Title: A Letter To Momo