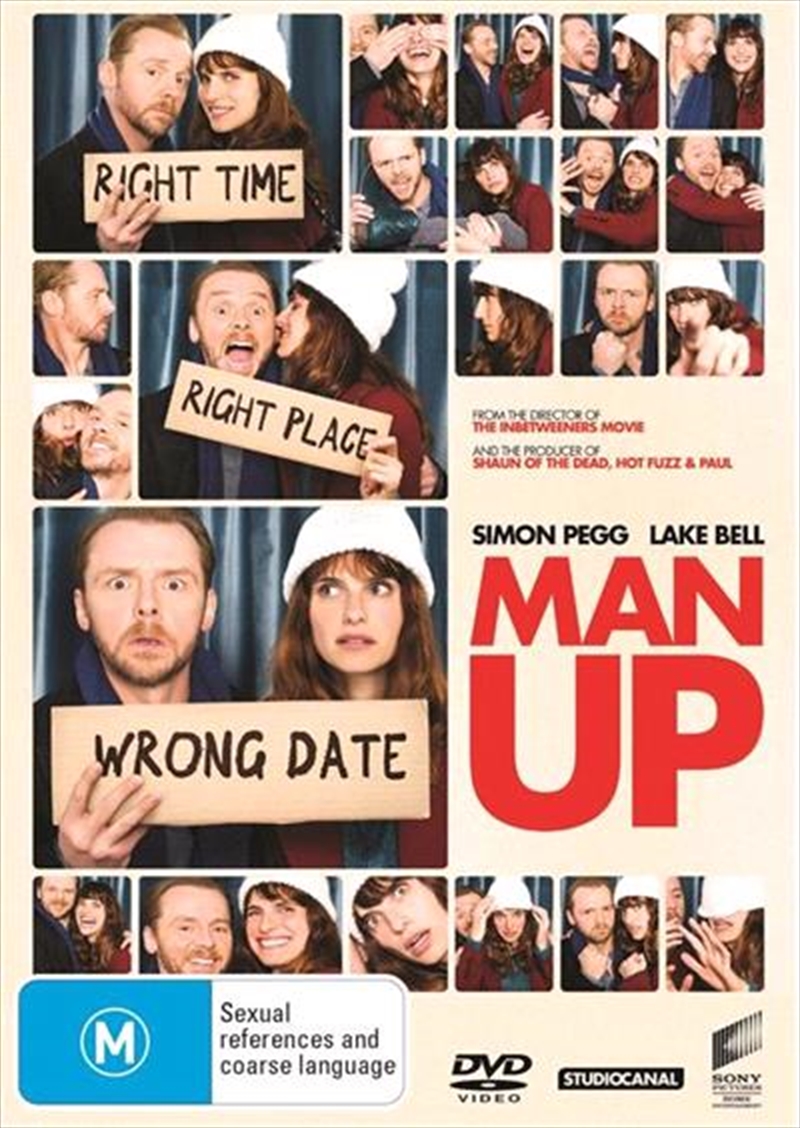 From the producer of Shaun of the Dead, Hot Fuzz & Paul and the director of The Inbetweeners Movie, comes MAN UP, an honest, heart-warming comedy about taking chances and rolling with the consequences. One night, two people, on a first date like no other... Meet Nancy (Lake Bell, In A World): 34, single, hung-over, and exhausted by her well-meaning but clueless friends continual matchmaking. Nancy is done with dating. Shes reached the end of her rope, and is more than happy to hole up, seal up, and resign herself to a life alone. That is until Jack (Simon Pegg, Hot Fuzz) mistakes Nancy for his blind date at Waterloo Station, and she does the unthinkable and just... goes with it. Because what if pretending to be someone else finally makes her man up, and become her painfully honest, awesomely unconventional, and slightly unstable true self?
TRAILER
DETAILS