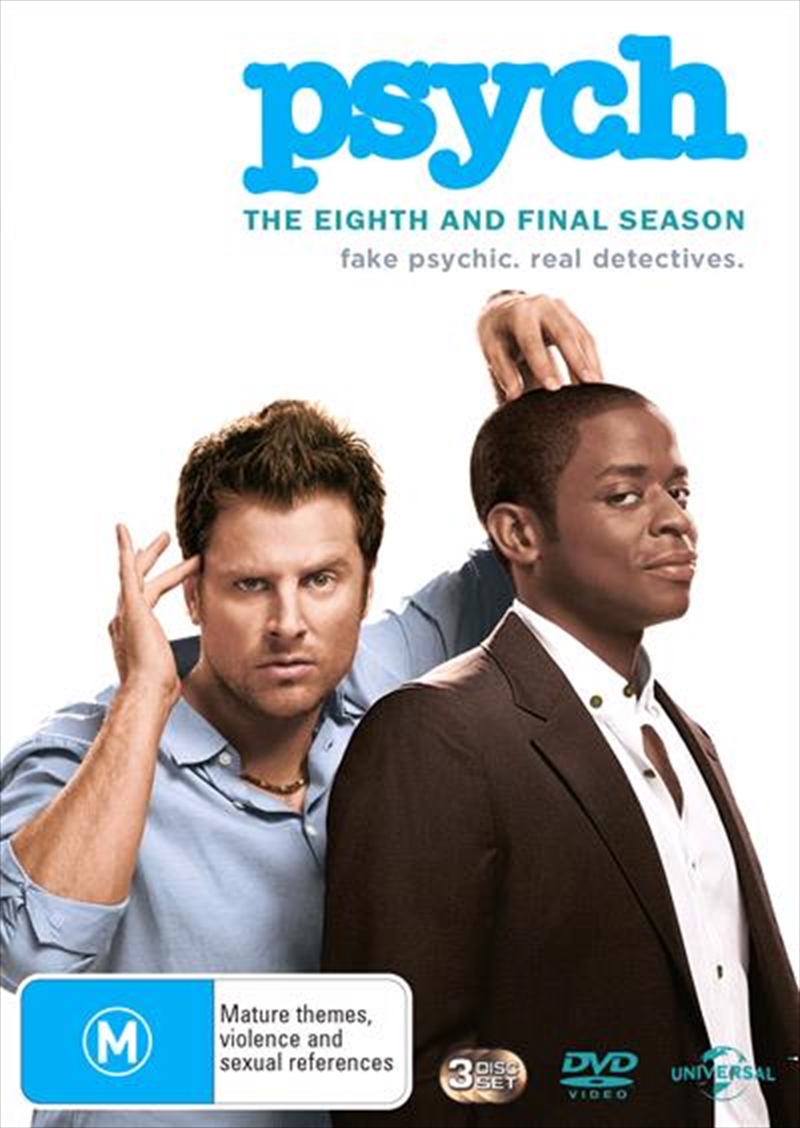 Case-cracking psychic detective Shawn Spencer (James Roday) and his best friend Burton Gus Guster (Dul Hill) have their hands full getting to the bottom of crime-filled conundrums around Santa Barbara. From a prestigious paranormal police consultant convention to zombie nightmares, Shawn and Gus need all the help they can get as new hijinks and tests arise for your favorite sleuths in this eighth and final season of Psych. Witness every episode back-to-back and uninterrupted of the final hilarious season featuring a gaggle of guest stars including Mira Sorvino (Romy and Michele's High School Reunion), Tom Arnold (Sons of Anarchy), Loretta Devine (The Client List), and Bruce Campbell (Burn Notice).
DETAILS