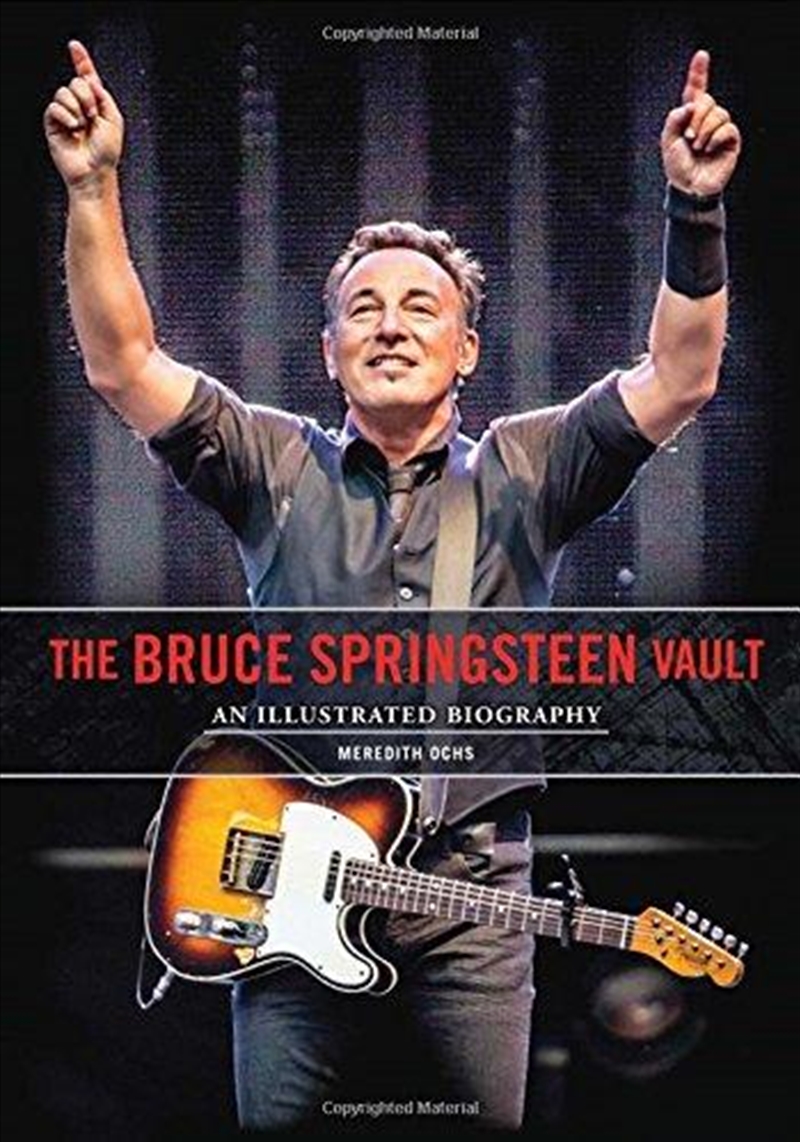 The Bruce Springsteen Vault chronicles the Boss's incredible musical career through photos and memorabilia. In-depth text tracks Springsteen through his childhood in New Jersey and early shows on the college circuit, to the formation of the E Street Band and breakout album Born to Run, to the energy he brings to his music at age 62. Also covered will be Springsteen's evolution as a musician, an examination of his technique, his influences and inspiration, and an exploration of how his music has shaped American culture over the last 40 years. Packaged in a handsome hardcover format, the Bruce Springsteen Vault features over 100 images including concert photos (both on-stage and backstage), album covers, and personal photographs. New interviews with Springsteen insiders and artists he has collaborated with throughout his career, in addition to previously unpublished concert photographs and ephemera. The collection will also include ten pieces of removable memorabilia such as ticket stubs, posters, and handwritten lyrics.