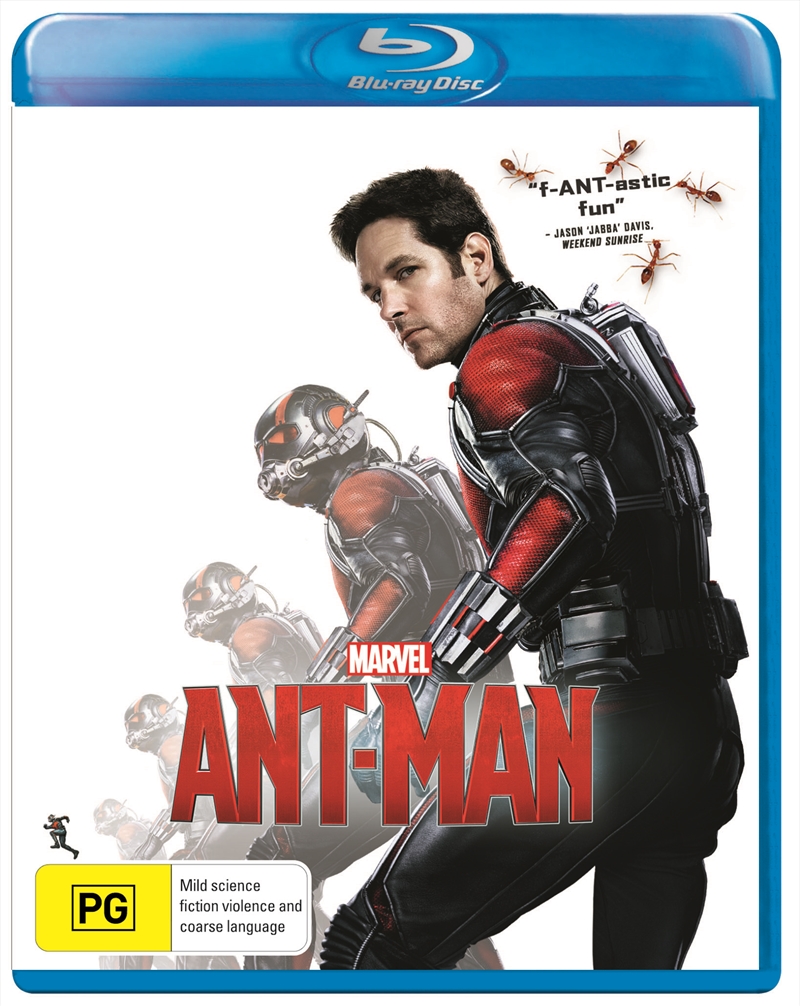 Heroes don't get any bigger.

The next evolution of the Marvel Cinematic Universe brings a founding member of The Avengers to the big screen for the first time with Marvel Studios Ant-Man. Armed with the astonishing ability to shrink in scale but increase in strength, master thief Scott Lang must embrace his inner-hero and help his mentor, Dr. Hank Pym, protect the secret behind his spectacular Ant-Man suit from a new generation of towering threats. Against seemingly insurmountable obstacles, Pym and Lang must plan and pull off a heist that will save the world. Marvels Ant-Man delivers a high-stakes, tension-filled adventure.

I honestly had no idea how they would pull this movie off with out it being made into a complete joke or why the Marvel Cinematic Universe really needed this hero, but somehow Ant Man was awesome! This movie is a lot more light hearted than other MCU films and is nice breath of fresh air. It's fun and exciting as a standalone film and a great addition to the overall MCU.