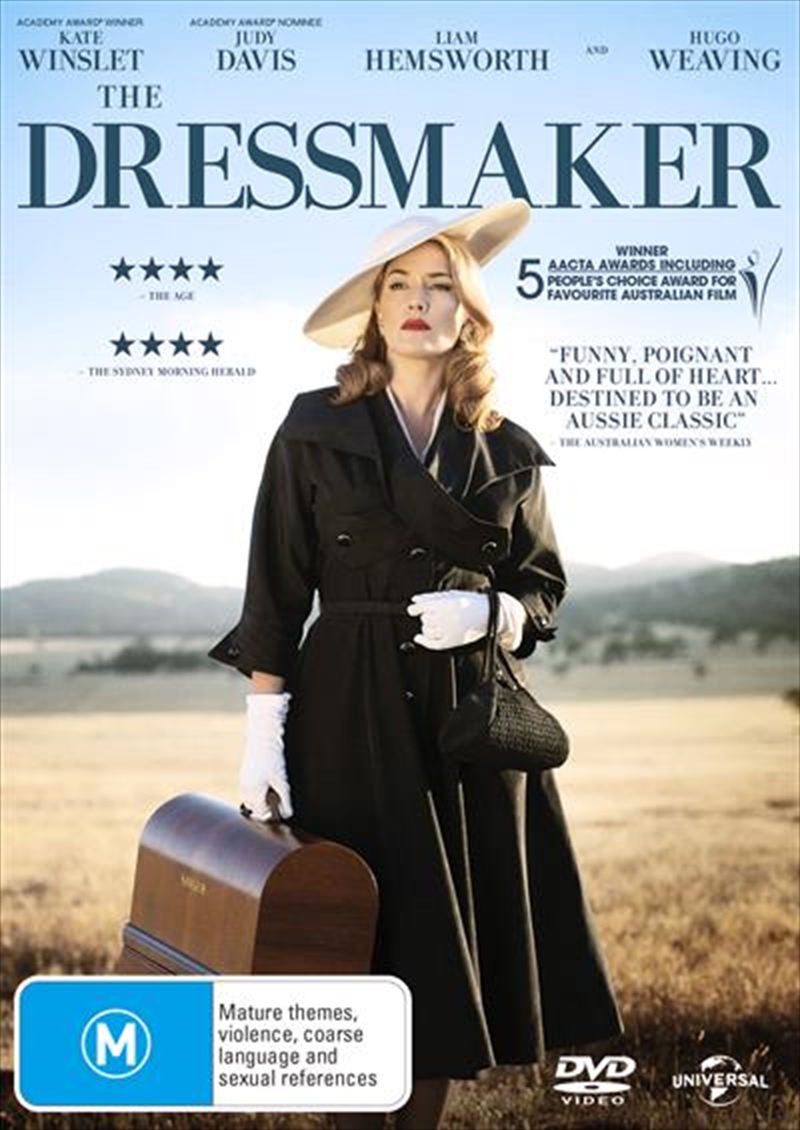 A film about love, revenge and haute couture.

Based on the best-selling novel by Rosalie Ham, THE DRESSMAKER is a bittersweet, comedy-drama set in early 1950s Australia. Tilly Dunnage (KATE WINSLET), a beautiful and talented misfit, after many years working as a dressmaker in exclusive Parisian fashion houses, returns home to the tiny middle-of-nowhere town of Dungatar to right the wrongs of the past. Not only does she reconcile with her ailing, eccentric mother Molly (JUDY DAVIS) and unexpectedly falls in love with the pure-hearted Teddy (LIAM HEMSWORTH), but armed with her sewing machine and incredible sense of style, she transforms the women of the town and in doing so gets sweet revenge on those who did her wrong.
TRAILER
DETAILS