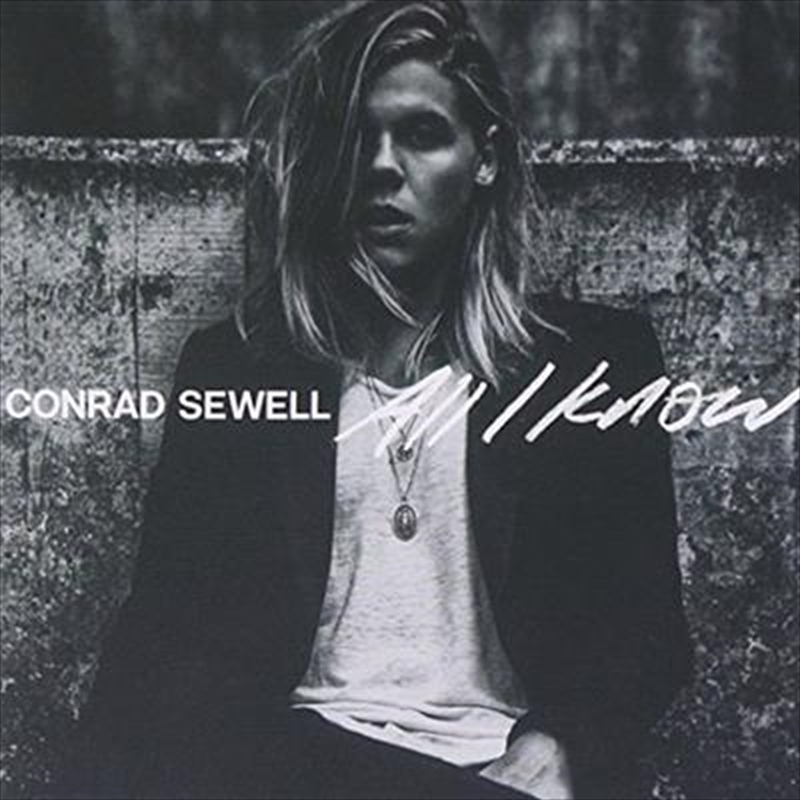 Conrad Sewell has announced the release of his debut EP All I Know on Friday 13 November.

2015 could not get better for the 27 year Brisbane local. After bursting onto the scene in 2014 with an incredible vocal feature on Norwegian hit-maker Kygo’s international smash hit Firestone. Following the 2015 release of solo tracks Hold Me Up and ARIA Chart smash hit Start Again, his first Australian #1 and Platinum single, Conrad decided to include all his smash hits on one EP. Sewell also toured nationally supporting Ed Sheeran earlier this year.

To coincide with the release of the new EP, Sewell has announced new Australian tour dates in November as well as making an appearance at this year’s ARIA Awards where he is nominated for three awards for ‘Song of the Year’, ‘Breakthrough Artist’ and ‘Best Pop Release'.

Title: All I Know