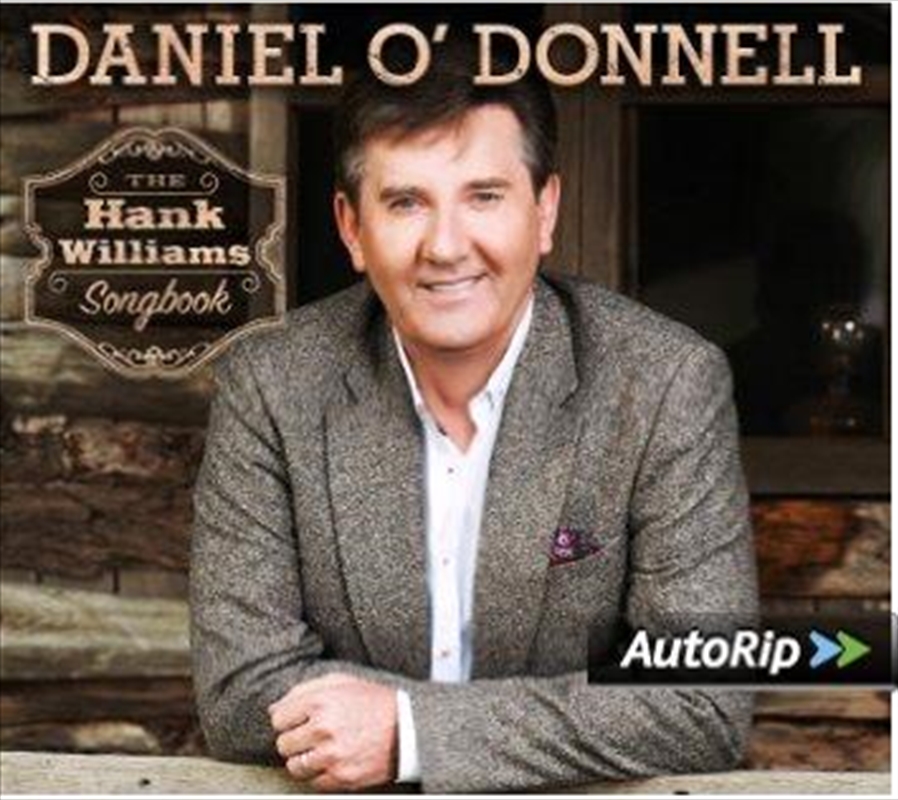 DESCRIPTION
Daniel is back with his brand new album, 'The Hank Williams Songbook,' a tribute to the late country legend Hank Williams!

Daniel O'Donnell's career has now spanned more than 30 years and during this time he continues to delight fans around the world by his prolific recording and touring activities. Having taken a year off from recording and touring, Daniel is back with his brand new album, 'The Hank Williams Songbook,' which features songs that will be very familiar to his legions of fans.

These songs include "Jambalaya (On The Bayou)," which amongst others has been covered by Elvis Presley and The Carpenters, "Your Cheatin' Heart," covered by LeAnn Rimes, Patsy Cline, Van Morrison and James Brown, "Take These Chains From My Heart," covered by Ray Charles, Rosanne Cash, Ann Murray, and "Hey Good Lookin'," covered by Johnny Cash, Waylon Jennings and The Mavericks. All of these great songs have stood the test of time and have been interpreted in many different ways, which is why Daniel has gone back to their roots to record them in their original style.
DETAILS

1. Jambalaya (On the Bayou)

7. Let's Turn Back the Years

10. Take These Chains from My Heart

13. My Son Calls Another Man Daddy