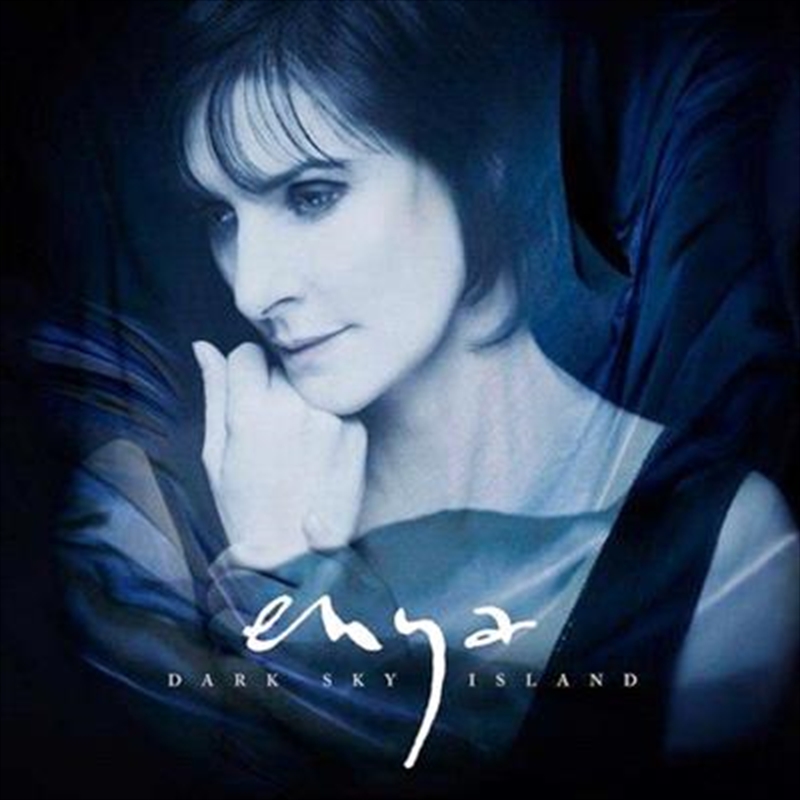 Shipping - See delivery options.
Postcode:
Quantity:
SEE MORE IN:
2 for $40 Music All 2 for $40
DESCRIPTION
After 75 million sales; four Grammy Awards; six World Music Awards; an IvorNovello, an Oscar nomination, a Golden Globe nomination; and seven studio albums (plus the ‘Paint The Sky With Stars’ compilation) which have hit the upper echelons of charts all over the world, Enya will embark upon a new chapter in her spectacular career with the November 20th release of her new album ‘Dark Sky Island’.

The Enya creative triumvirate – Enya, producer and sound engineer Nicky Ryan, and lyricist Roma Ryan – started work on the album in the spring of 2012. Inspired by Roma’s work on a series of poetry books themed around islands and specifically the island of Sark’s decision to be designated as a dark sky island, the album’s title track was the first song to be written for the collection.

The album’s buoyantly optimistic first single ‘Echoes in Rain’ possesses an irresistible surge of globe-trotting euphoria which made it an obvious choice as the album’s lead track. While it shares the adventurous themes of Enya’s breakthrough hit ‘Orinoco Flow’, its rhythmic march instead celebrates the anticipation of a journey’s end.

‘Echoes in Rain’ also shares another coincide with its famous predecessor. Back in 1988,‘Orinoco Flow’ was the final song that was recorded during sessions for the ‘Watermark’ album and it went on to become a global success. This time around, ‘Echoes in Rain’ was the final track to be completed for the album and has also been chosen as the lead single.

Sonically, ‘Dark Sky Island’ is a collection that’s both incredibly diverse and innately unified by the production: almost Spector-esque in its lavish, wide-screen multi-tracked layers of sound. Opening track ‘The Humming’is an immediate highlight as it subliminally works its infectious magic within the course of a single listen. By contrast, ‘Even In The Shadows’ pulses with an insistent rhythm; the hymnal ‘I Could Never Say Goodbye’ is sparse in its reflective beauty; while ‘Sancta Maria’ blends synthesisers and classical instrumentation to create an ethereal soundscape that comfortably sits in both the past and the future. It’s almost a history of sound encapsulated in four hypnotic and otherworldly minutes.

“This album has a theme of journeys,” states Enya. “Journeys to the island; through the length of a lifetime; through history, through emotions; and journeys across great oceans. So although it’s not a ‘themed’ album, as such, we nevertheless have an underlying connection between songs.”

That concept can be demonstrated in ‘The Humming’, a song that muses on the cycle of the universe and how change affects everything. Such intergalactic exploration also extends to ‘The Forge of the Angels’ and ‘The Loxian Gates’ which continue the use of the Loxian language that Roma created and popularised with three songs from 2005’s ‘Amarantine’. It’s a futuristic narrative with a genesis that dates back to 1986 and Enya’s debut album / soundtrack to the BBC documentary TheCelts.

For this triumvirate of partners and friends, the journey marches on unabated. With ‘Dark Sky Island’ and beyond, who knows what further expeditions lay unpredicted just over the horizon?
DETAILS

3. Even in the Shadows

4. The Forge of the Angels

6. I Could Never Say Goodbye

11. Diamonds on the Water