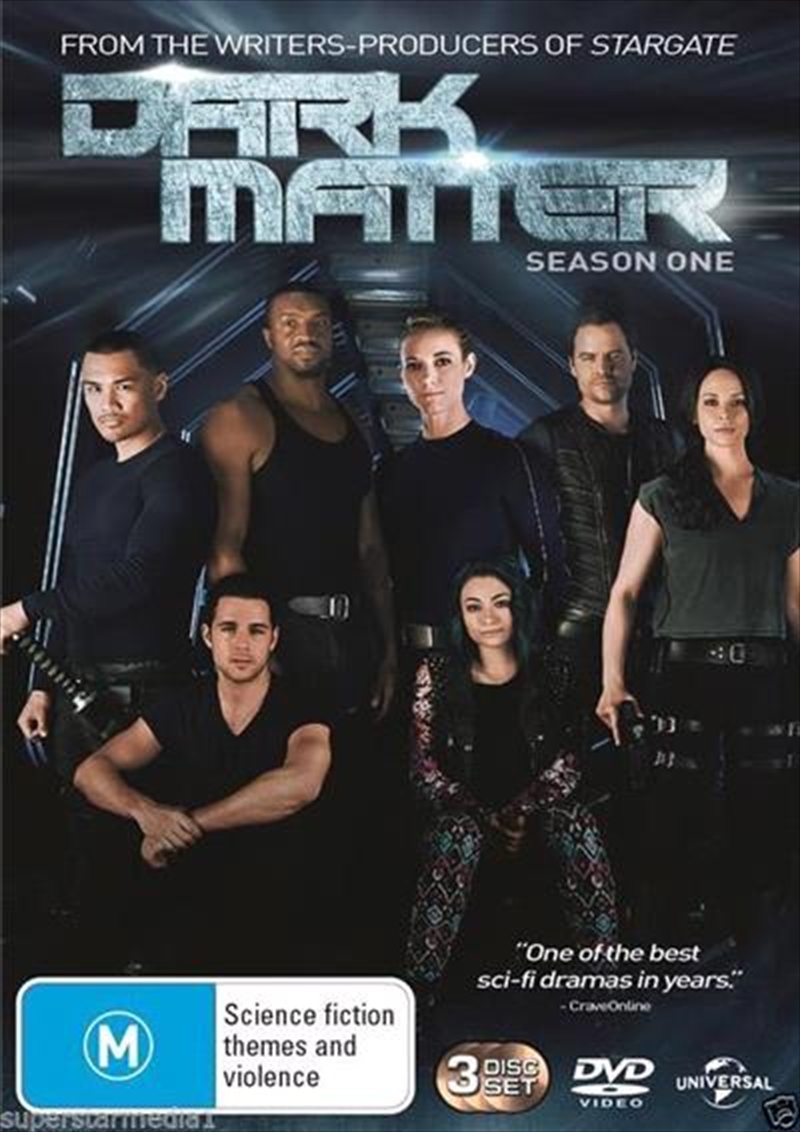 Shipping - See delivery options.
Postcode:
Quantity:
SEE MORE IN:
3 for $40 TV
When the six-person crew of a derelict spaceship awaken from stasis in the farthest reaches of space their memories have been wiped clean and they have no recollection of who they are or how they got on board. The mysteries of their respective pasts take them on a far reaching journey. Hounded by the galactic authorities, their previous employers, ruthless corporations, rivals, bounty hunters, and former enemies theyll have only each other to rely upon. All the while, the clock is ticking because there is a traitor in their midst, a mole who orchestrated their communal mind-wipe But ultimately this series is about Nature vs Nurture and redemption. Are people born bad or are they a product of their environment? And, more importantly, once theyve followed a certain path, is there any turning back? With non-stop action and spectacular visual effects, Dark Matter is from the writers-producers of Stargate and based on the graphic novel of the same name. This DVD set includes all 13 episodes and a mini featurette with cast and crew to accompany each one.