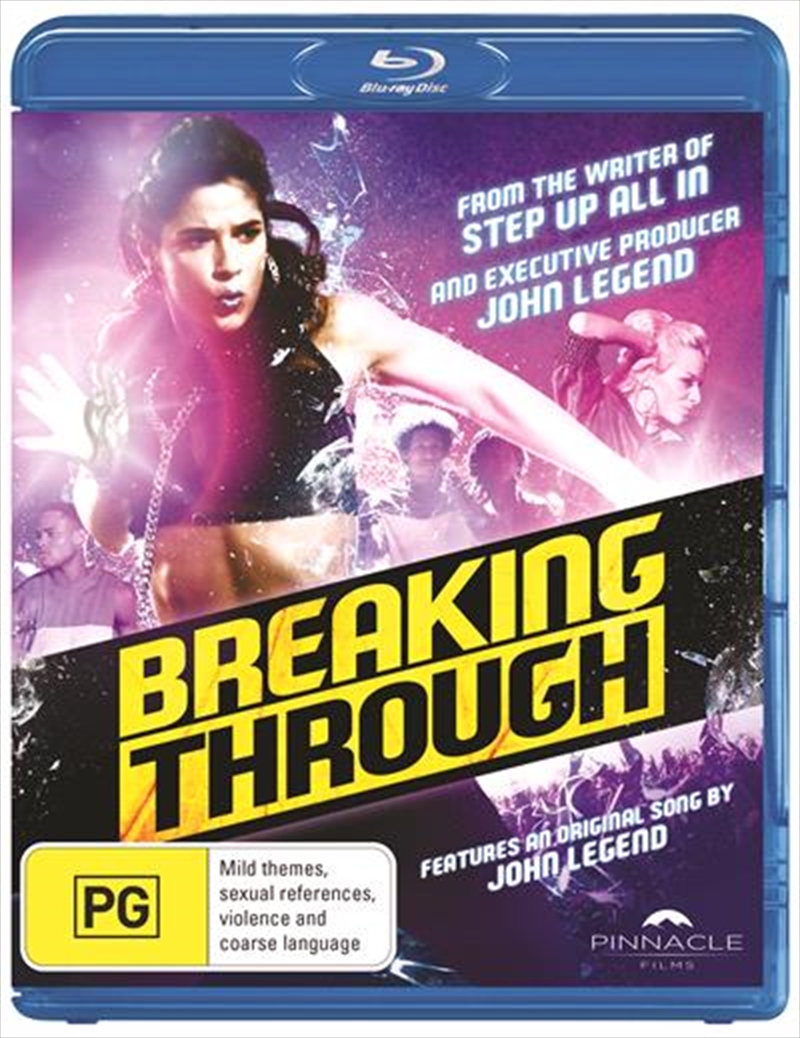 Shipping - See delivery options.
Postcode:
Quantity:
SEE MORE IN:
$5 Movies & More
Casey Wright is a young dancer who is discovered on YouTube by an up-and-coming talent scout. But when she gets thrust into the modern world of internet celebrity and a chance to perform at DanceOn, she must find a way to balance her true identity with her online persona, or risk losing herself and everything she cares about. From the writer of STEP UP: ALL IN and nine-time Grammy Award winner John Legend, comes an up-to-the-minute film that bridges the gap between film, music, dance and the internet.Featuring a soundtrack produced by John Legend, choreography by Ian Eastwood and starring Sophia Aguiar, Jordan Rodrigues, Jay Ellis, Les Twins, Poreotics as well as reality stars Robert Roldan, Dominic D-Trix Sandoval and Lindsey Stirling, BREAKING THROUGH is packed with the hottest music and the hottest routines