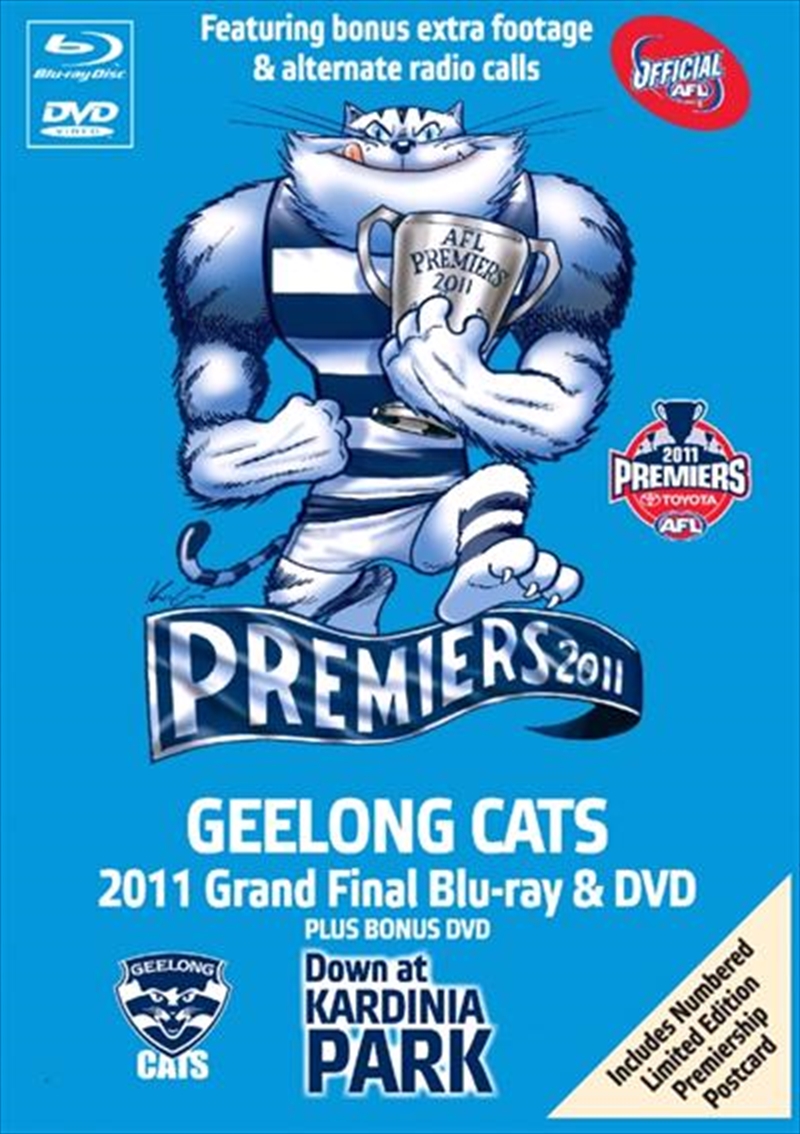 Shipping - See delivery options.
Postcode:
Quantity:
SEE MORE IN:
Everything AFL $5 MOVIES TV AND SPORT Shocking Clearance Movies & TV Clearance $5 Movies & TV Shows
SPECIAL COLLECTORS 3 DISC TIN SET INCLUDES BLU-RAY DISC & DVD OF 2011 AFL GRAND FINAL AND BONUS DVD DISC 'DOWN AT KARDINIA PARK' SPECIAL BONUS COMMENTARY ON BLU-RAY DISC FROM RADIO STATION K-ROCK.Geelong Cats are the Premiers for the third time in five years, after a brilliant victory over collingwood in the 2011 Toyota AFL Grand Final. The Cats clearly had the Magpies number in 2011, defeating them three times including in the big one. It was a clash between the two biggest powerhouses of the last decade, with the Cats eventually displaying their supremacy.Dismissed by many before the season due to a certain key departure, Geelongs star-studded core was just too strong. Skipper Cameron Ling, vice-captain Joel Selwood, Jimmy Bartel and Steve Johnson were among those who led the Cats throughout the year and helped bring the Premiership cup back to Kardinia Park.