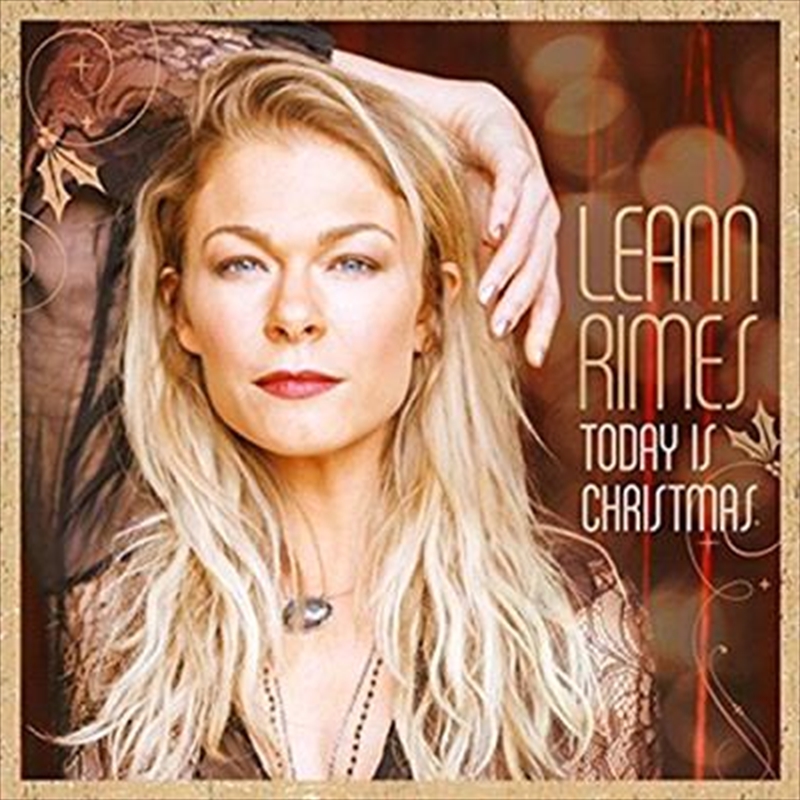 The album was recorded in Los Angeles at Capitol Recording Studios and Sunset Sound Studios; and was co-produced by Rimes, Darrell Brown and Niko Bolas. Rimes also co-wrote two original songs for the album, the title track, "Today is Christmas," as well as "I Still Believe in Santa Claus."

'Today is Christmas' is comprised of traditional and original songs with featured duets including the holiday favourite "Celebrate Me Home" with Gavin DeGraw. To make the album even more merry and bright, Rimes also teamed up with hit recording artist Aloe Blacc for a soulful duet of the song, "That Spirit of Christmas."

"I try to remain in the Christmas spirit all year long," says Rimes, "so I am hoping my fans will be right there with me - singing all the way into the New Year." She continues, "I was able to collaborate with some incredibly talented vocalists and musicians to make this amazing record, and I can't wait for you to hear it."

LeAnn Rimes has global sales of more than 42 million units, won two Grammy Awards, three Academy of Country Music Awards, two World Music Awards, one Country Music Association Award, one Dove Award and 12 Billboard Music Awards. Rimes is the youngest recipient of a Grammy Award, and was also the first country recording artist to win in the "Best New Artist" category. Rimes has placed 42 singles on the Billboard Hot Country Songs chart, 13 of which are top-10 hits, and has scored numerous hit singles in her career, including "Can't Fight the Moonlight" which went #1 in 11 countries, and "How Do I Live," which is the second longest charting song ever on the Billboard Hot 100 chart.

We Need A Little Christmas

That Spirit Of Christmas (duet With Aloe Blaac)

I Still Believe In Santa Claus

The Heartache Can Wait