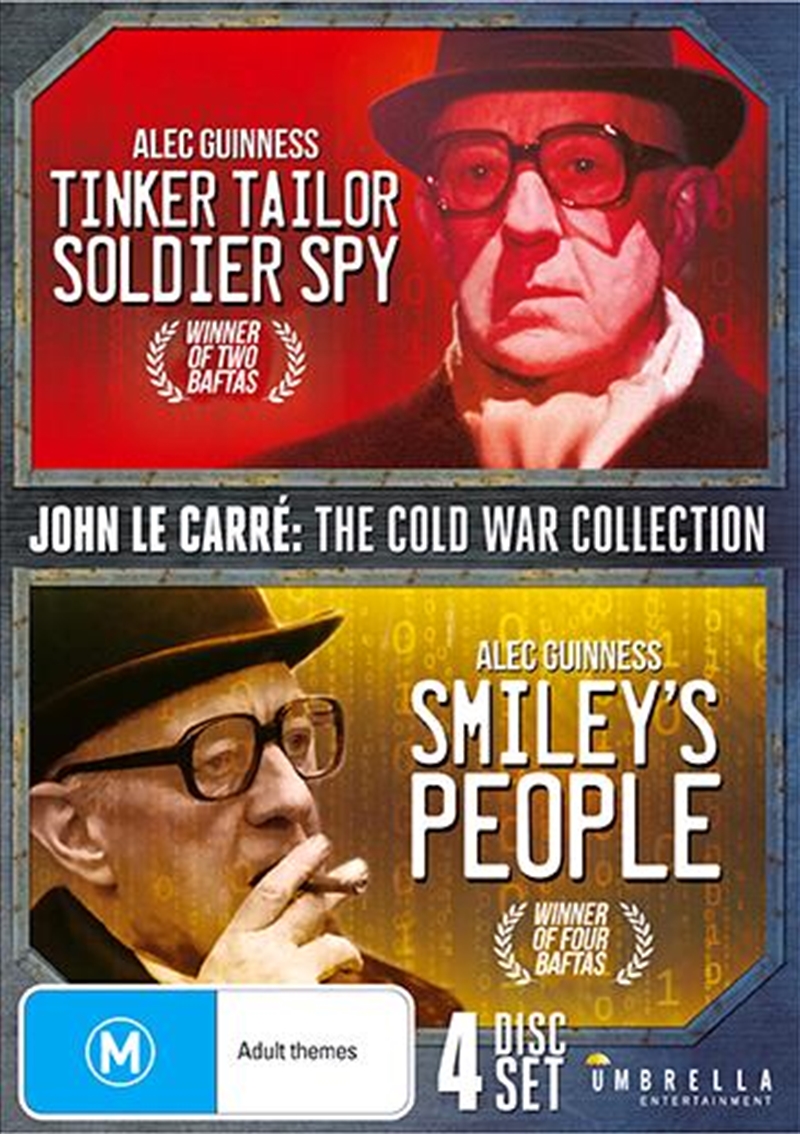 Shipping - See delivery options.
Postcode:
Quantity:
SEE MORE IN:
2 for $40 TV All 2 for $40 Movie Collections
John Le Carr's master spy George Smiley leaps off the page and onto the screen in two thrilling miniseries, where secrets, lies and clandestine thrills abound. A mole has infiltrated the Circus, code name for the British Secret Intelligence Service. Agent and master spy George Smiley (Sir Alec Guinness, Star Wars Episode IV)is covertly tapped to root out the mole, a task that requires a decisive investigation into Cold War era espionage. In Smileys Game, George Smiley is called out of retirement when one of his contacts, a former Soviet General, is found murdered. Still working for the Circus, he discovers a clandestine operation run by his arch nemesis of the Russian Secret Service, Karla (Patrick Stewart, X-Men) uncovering a secret important enough to kill for.