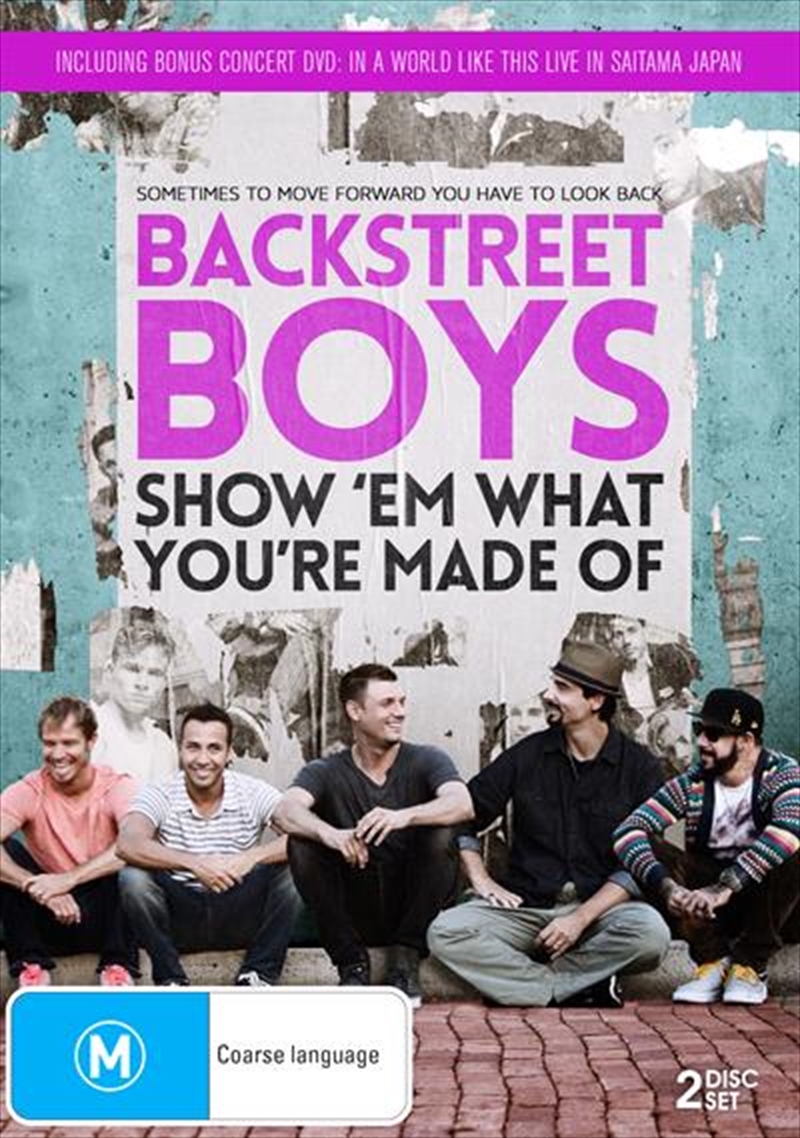 Shipping - See delivery options.
Postcode:
Quantity:
SEE MORE IN:
Documentaries 2 for $20 Movies & More
An emotionally open and honest film portrait of the biggest boy band ever, THE BACKSTREET BOYS, who take us through the highs and lows from boyhood to manhood that led them back into a London studio in 2012 to write a new album, make a film and plan their 20th anniversary re-launch. The reunion renewed friendships but dynamic shifts reveal new and old tensions that need confronting and resolving. Directed by Stephen Kijak (Stones in Exile, Scott Walker - 30 Century Man) this is a surprising and rewarding journey filmed over 2 years that delves into the extremes of fame/fortune, betrayal and renewal.

Title: Backstreet Boys - Show 'em What You're Made Of