Secret Life Of Marilyn Monroe, The 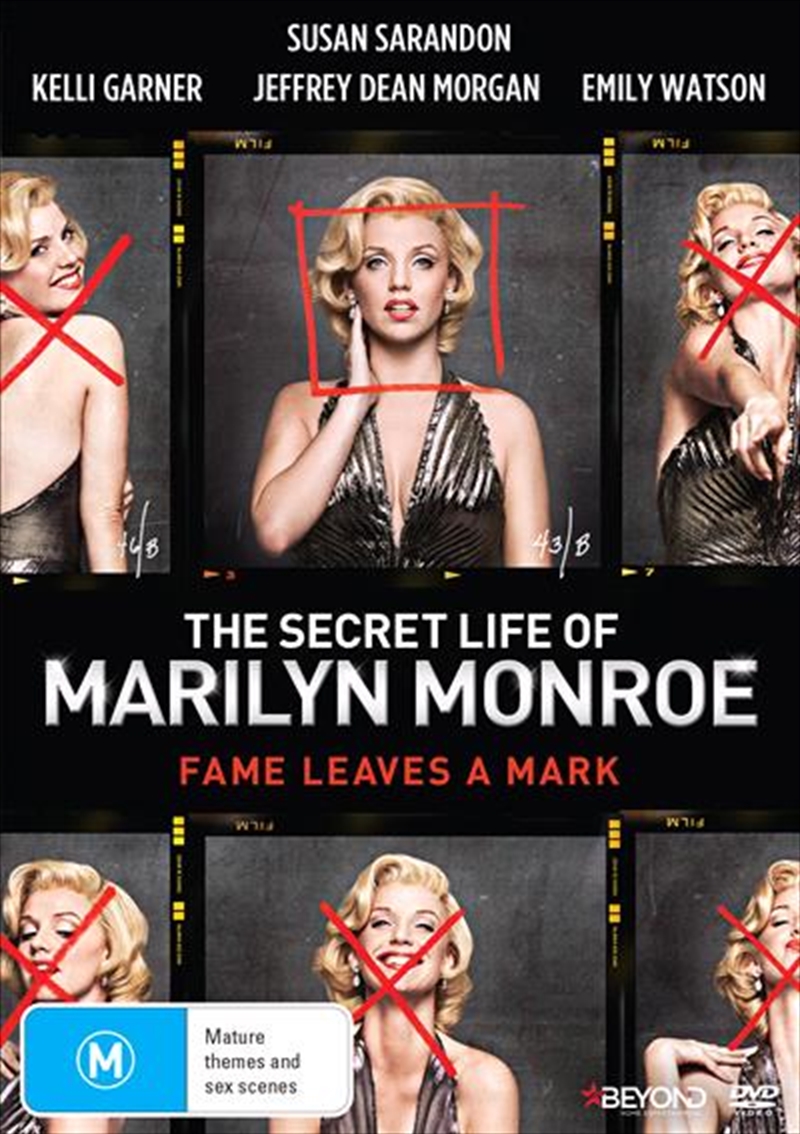 Secret Life Of Marilyn Monroe, The

Shipping - See delivery options.
Postcode:
Quantity:
SEE MORE IN:
Marilyn Monroe $5 MOVIES TV AND SPORT
DESCRIPTION
Based on the New York Times best-seller, THE SECRET LIFE OF MARILYN MONROE begins with the young Norma Jeane Mortenson as she battles a lonely, loveless existence with an absent and mentally ill mother. She ultimately reinvents herself as the sex symbol of an era. A fragile artist, she is very different from the larger-than-life image she portrayed. The great secret of Marilyn's life is that her mother, Gladys (Oscar winner Susan Sarandon), remained a vital and troubling part of her world. Her marriages to Joe DiMaggio (Jeffrey Dean Morgan) and Arthur Miller collapse in part due to her own inner demons and the onslaught of her mothers illness. As Marilyn cares for her mother, her obsession with President John F. Kennedy leads to a breakdown and hospitalization. Still, she gives the performance of her life as Marilyn Monroe. Features Kelli Garner (The Aviator) as Marilyn, and Emily Watson (The Book Thief) as Marilyn's legal guardian, Grace McKee.
DETAILS