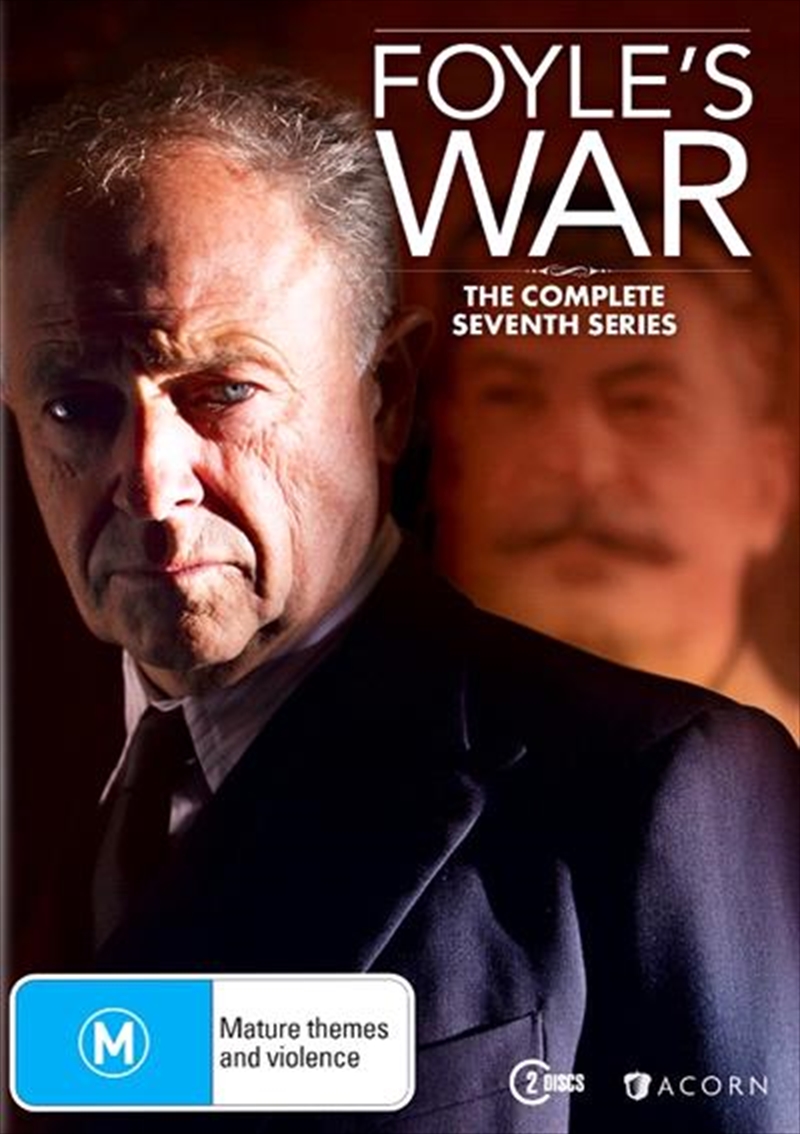 Shipping - See delivery options.
Postcode:
Quantity:
SEE MORE IN:
2 for $40 TV All 2 for $40
DESCRIPTION
&lt;H3&gt; Foyle's War Series 7 DVD - On Sale Now With Fast Shipping&lt;H3&gt;
While the world is at war, one man fights his own battle on the home front.

Its July 1945 and the war in Europe is over. Britain is settling into peacetime, a new Labour government is waiting in the wings and Foyle is itching to retire. Milner is finding his feet as the new Detective Inspector in Brightons police force, whilst Sam seems to have lost her sense of purpose along with her uniform. The Second World War is over but the Cold War is looming with the dawning of a new era.
DETAILS