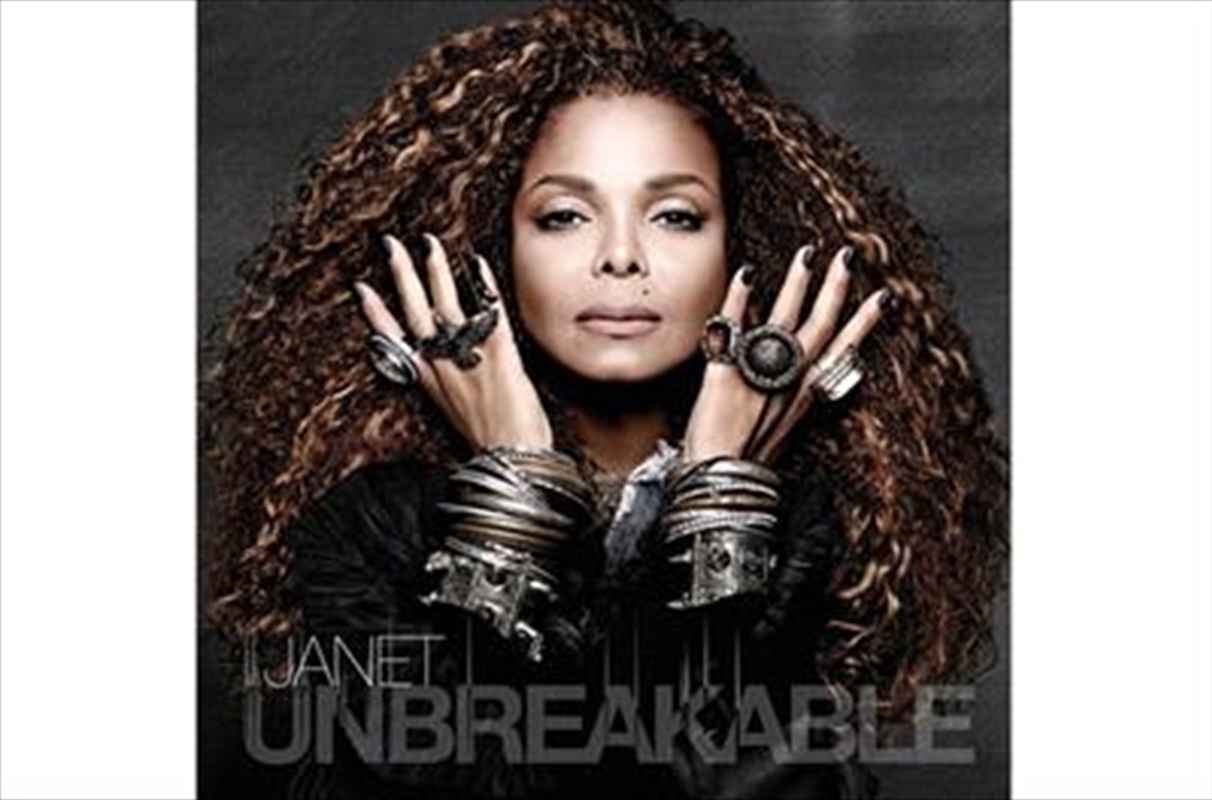 Want to click and collect? Check store availability
DESCRIPTION
Unbreakable is Jackson’s first studio album in seven years. The initial single release, "No Sleeep," raced to #1 on Billboard's Adult R&B chart and has returned to that position this week for both Urban AC and Adult R&B Charts. The album and single constitute a historic re-teaming of the iconic performer, now a holder of 46 record chartings with producer/songwriter superstars Jimmy Jam and Terry Lewis. The "Unbreakable" release comes on the 30th anniversary of their groundbreaking collaboration on her "Control" album.

Jimmy Jam and Terry Lewis, commenting on the development, observed, “It’s wonderful to be creating again with Janet. From songwriting, producing, arranging, singing, dancing, acting, she deftly does it all and truly personifies the word artist. Unbreakable is a gift to all of her fans who have steadfastly stood by her. It is a subject for conversation, a plea for compassion, and a call for action from someone who’s come a long way, but’s got a long way to go, and has much to say about it. In other words, if you want to know what’s on her mind you only have to listen."

The star, whose music, choreography, stylization and costuming have all created powerful trends over more than three decades, indicates themes which will be explored in her creation of the music for the "Unbreakable" album and tours. Themes will include, Janet's views on where we stand today as individuals and as the inter-related elements of a planet. Some of these relate to her convictions passionately expressed in Rhythm Nation 1814, including the need to bring things out in the open and to have a dialogue. The album also will mark the first time Janet Jackson has opened up about her brother Michael and with reflections concerning her youth. Inherent in this music will be her feeling that we must learn to celebrate life and the things each of us experiences and endures and how that process can make each person stronger. The Album, she assures her fans, contains messages and observations throughout, that are based on the fact that Janet Jackson has lived a lot of life.