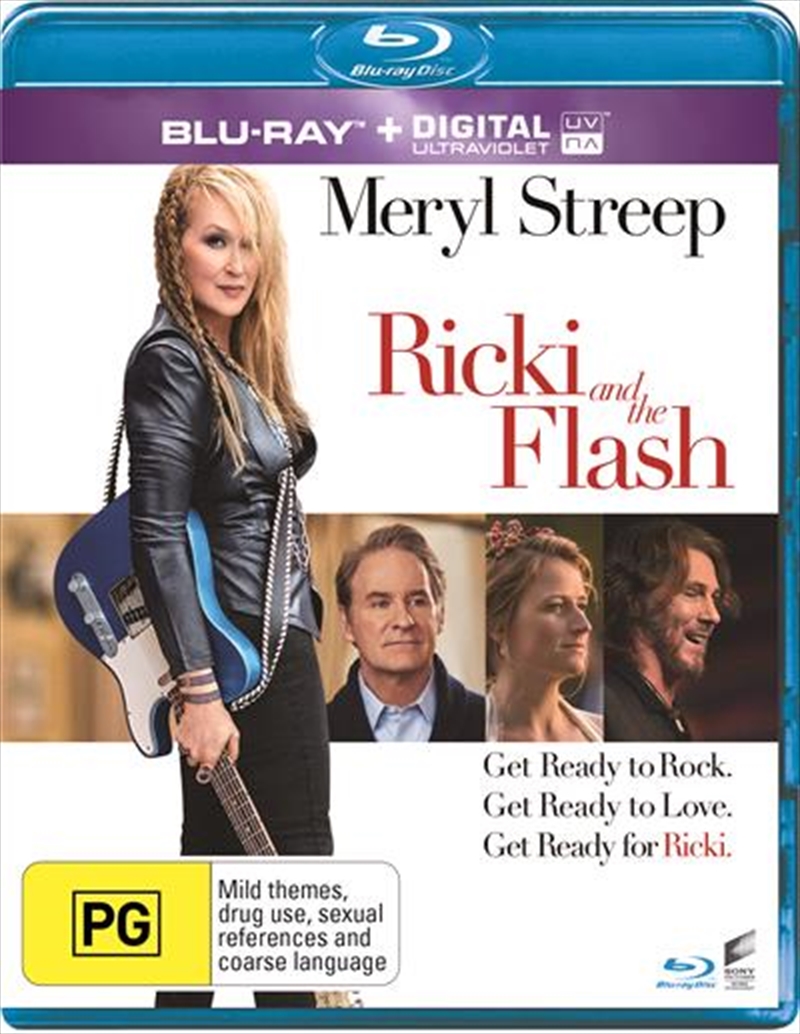 Three-time Academy Award winner Meryl Streep goes electric and takes on a whole new gig - a hard-rocking singer/guitarist - for Oscar?-winning director Jonathan Demme and Academy Award-winning screenwriter Diablo Cody in the uplifting comedy Ricki and the Flash. In a film loaded with music and live performance, Streep stars as Ricki, a guitar heroine who gave up everything for her dream of rock-and-roll stardom, but is now returning home to make things right with her family. Streep stars opposite her real-life daughter Mamie Gummer, who plays her fictional daughter; Rick Springfield, who takes on the role of a Flash member in love with Ricki; and Kevin Kline, who portrays Ricki's long-suffering ex-husband.
TRAILER
DETAILS

Title: Ricki And The Flash