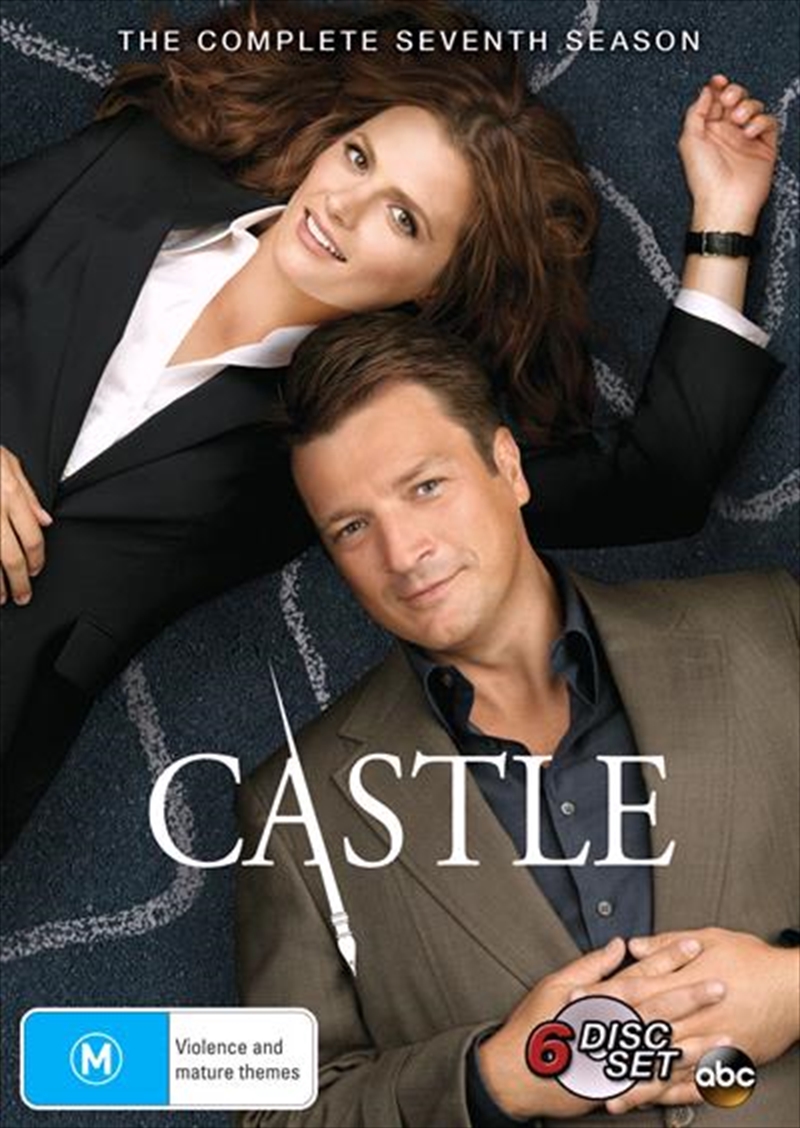 The wedding bells are ringing, but will Castle and Beckett really tie the knot? An astonishing turn of events tears television's most lovable couple apart in a captivating new season of ABC's beloved and inspired series. Experience every unforgettable moment with CASTLE: THE COMPLETE SEVENTH SEASON. On the biggest day of his life, Castle is nowhere to be found...and it's not because he has cold feet. Now, in a season of brilliant twists and turns, Castle and Beckett take on New York City's most fascinating cases while they try to solve the mystery of their own relationship. Join them as they hunt for an "Invisible Man," travel to the Old West and witness the return of their deadly rival, Dr. Kelly Nieman.
DETAILS