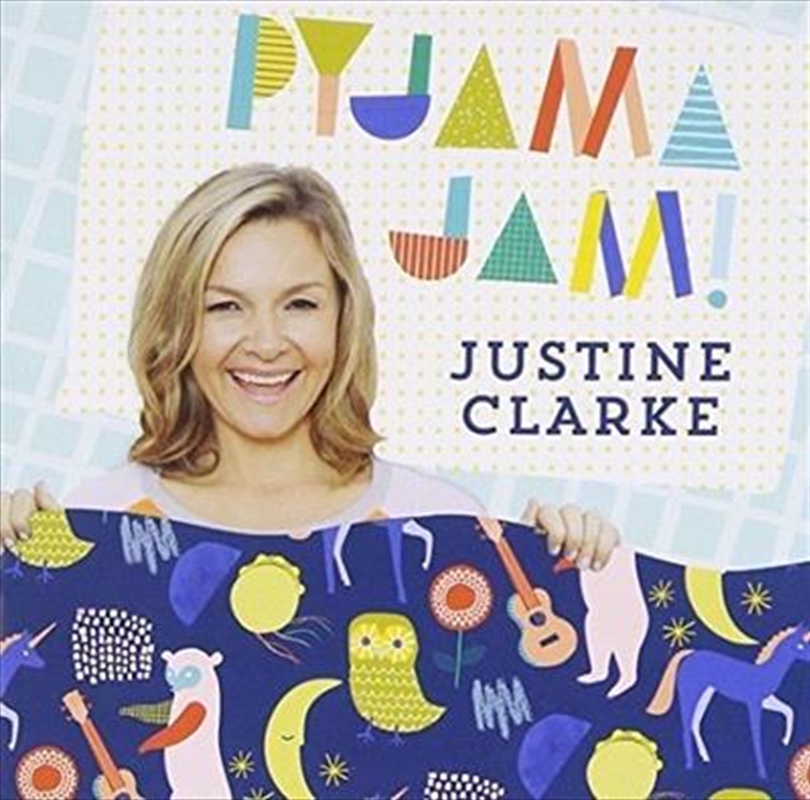 Appearing as new cast member Eve Grace in season 4 of House Husbands for the 9 Network, her long list of credits include, most recently, The Time Of Our Lives for the ABC. She will also be seen later this year in Matthew Saville's feature film A Month Of Sundays and Blue Dog (the prequel to the smash hit Red Dog).

Justine is a regular presenter on ABCKids' TV show Play School. She has worked with Scholastic and, this October, along with the new Pyjama Jam tour and album, will also be releasing her second picture book with accompanying CD of the classic song A You're Adorable

Pyjama Jam! is Justine’s fifth studio album and is filled with songs to help get the kid ready for bed!

We Haven't Even Gone Outside

Song About The Sound Of Wood

Time To Go To Sleep