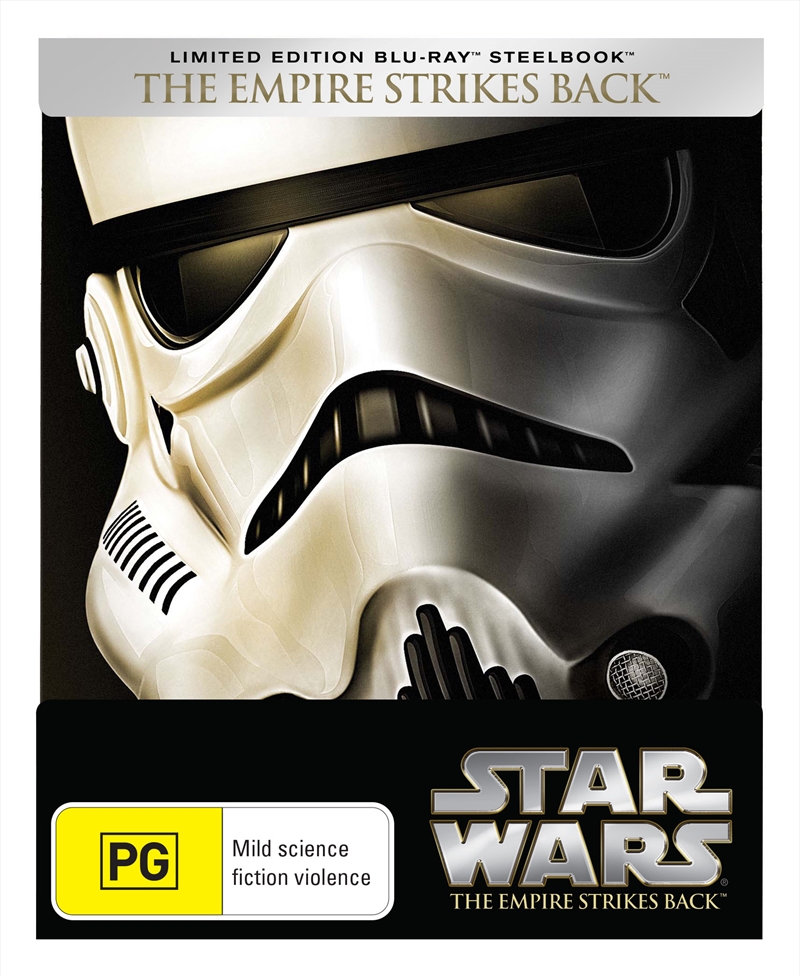 Shipping - See delivery options.
Postcode:
Quantity:
SEE MORE IN:
Star Wars TV Shows Everything Star Wars
Following the destruction of the Death Star, Imperial forces pursue the Rebel Alliance to the ice planet Hoth. After a devastating defeat, Luke Skywalker (Mark Hamill) journeys to the planet Dagobah to train with the Jedi Master Yoda. Meanwhile, in the Cloud City of Bespin, Darth Vader attempts to lure Luke into a trap by kidnapping Han Solo (Harrison Ford) and Princess Leia (Carrie Fisher). When Luke comes to their rescue, he must fight a fierce lightsaber duel with Darth Vader himself and come face to face with a stunning revelation that could change his destiny.