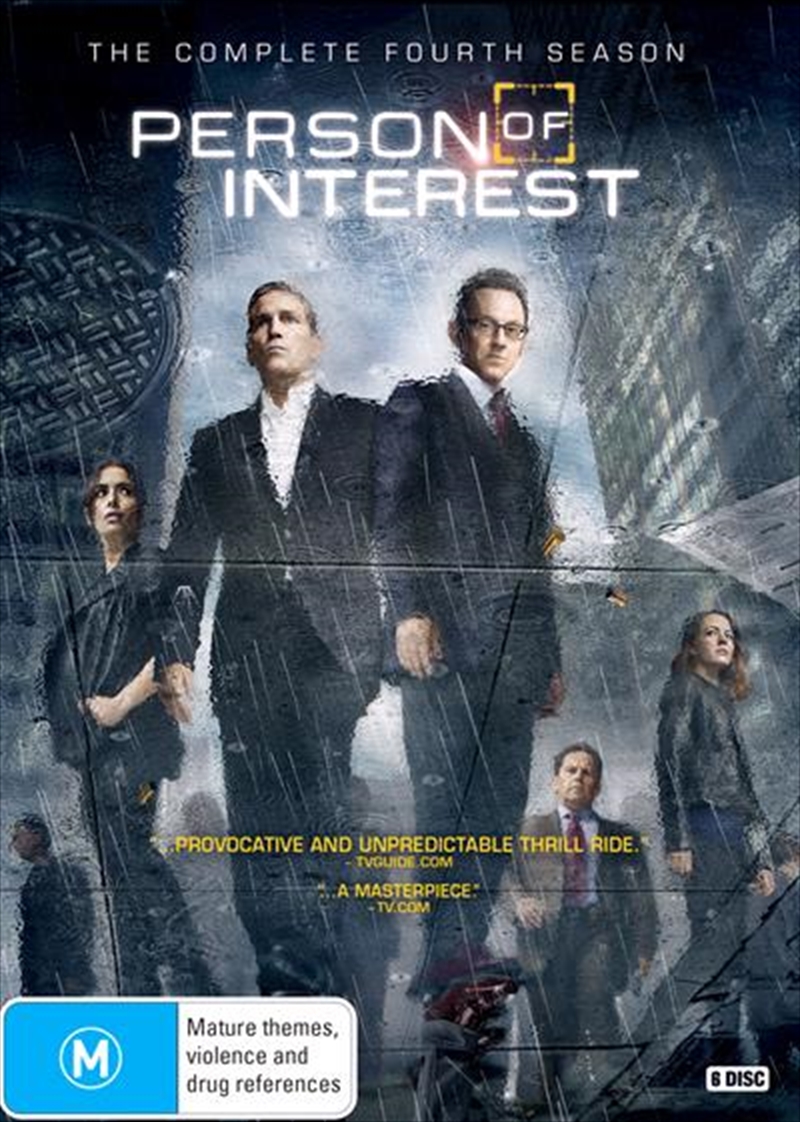 All eyes are on PERSON OF INTEREST as it returns for a fourth phenomenal season, after the team suffered a devastating loss in the last season. Although they've saved countless lives thanks to The Machine's omniscience, John Reese (Jim Caviezel) and Harold Finch (Michael Emerson), along with lethal operative Sameen Shaw (Sarah Shahi) and unpredictable cyber-hacker Root (Amy Acker) now face an uncertain future. With a second machine - Samaritan - now online, the elusive team are now targets themselves, hiding in plain sight. The only thing more frightening than the ruthless Decima organization calling the shots is leaving those decisions up to an untested Machine. Facing a dangerous tomorrow, the POI team must find a way to outsmart Samaritan, an all-seeing, all-powerful artificial intelligence that's self-governing, continually evolving and growing stronger every day.