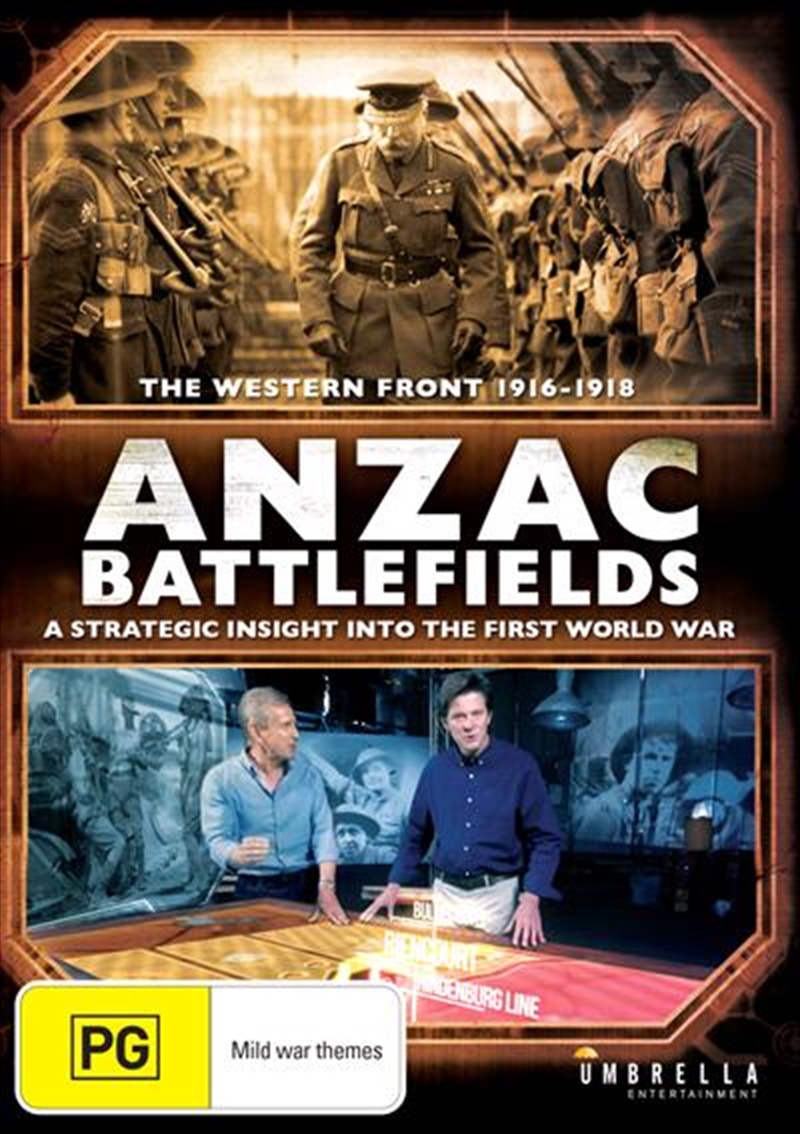 Shipping - See delivery options.
Postcode:
Quantity:
SEE MORE IN:
3 for $40 TV
DESCRIPTION
More than 80 per cent of Australians killed during the First World War lost their lives on the main battlefield, facing the formidable force of the main enemy. The battlefield in question was the Western Front where Australian and New Zealand troops were constantly engaged from early 1916 until the Armistice in late 1918. This five part series explores the stories of the ANZACs on the Western Front, from their first engagement in a small trench raid until their final triumph as an instrumental part of the '100 Day advance that led to victory. A thorough and insightful investigation into the strategy of warfare, supported by detailed on-screen graphics, archival footage and oral history, presenter Neil Pigot (For Valour, Breaker Morant: The Retrial) and eminent military historian Dr Peter Pedersen explain where, how and why the ANZACs fought in France and Belgium 100 years ago.
DETAILS